Saving lives is not a crime

Miguel faces up to 20 years in prison for saving lives in the Mediterranean Sea. Help us ensure Miguel’s freedom and that acts of solidarity are not turned into a crime.

Miguel faces up to 20 years in prison for saving lives in the Mediterranean Sea. Help us ensure Miguel’s freedom and that acts of solidarity are not turned into a crime.

Miguel Duarte, 26 years old from Azambuja, is a PhD student in mathematics at Instituto Superior Tecnico in Lisbon and could be facing 20 years in prison for saving lives.

Miguel volunteered with the German NGO Jugend Rettet in multiple missions rescuing migrants and refugees on the Mediterranean Sea. In 2018, Italian authorities declared him a suspect of aiding and abetting illegal immigration.

At the moment, Miguel and 9 other young members of the crew (Iuventa10 [1]) might face a sentence of 20 years in prison and thousands of Euros in fines. Simply for having saved 14.000 lives.

The United Nations High Commissioner for Refugees affirmed: “We cannot turn a blind eye to the high numbers of people dying on Europe’s doorstep.”[2] In 2016, at the peak of this humanitarian crisis, Miguel did not turn a blind eye to them. On the contrary, he assumed an unconditional commitment to the defense and protection of the lives of thousands of human beings who try to cross from Africa to Europe in search for a better life. Miguel’s only crime was to reach out to those in need.

The European Union claims to be founded on the values of respect for human dignity, freedom, democracy, equality and rule of law. In the last years, it has proudly assumed the role of a beacon for Human Rights – a role model for the world. However, the current refusal of humanitarian aid to refugees by many member states represents a violation of the Universal Declaration of Human Rights they have pledged to uphold.

The responsible entity of the UN expressed its concerns, since the member states’ actions increasingly block the Search and Rescue operations carried out by the NGOs [2]. These actions include the closure of ports and the resort to legal action against organizations and volunteers, as is the case with the Portuguese citizen Miguel Duarte. 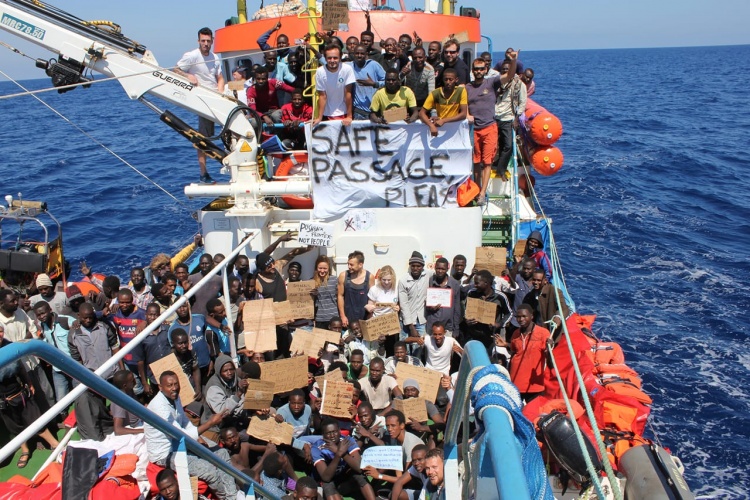 Dia Mundial do Refugiado a bordo do Iuventa. 123 pessoas a bordo.

Neither Miguel nor anyone else deserves to be punished for reaching out to those whose lives are in danger. When the humanitarian policies of the European Union failed, when many closed their eyes or looked away, the Iuventa ship patrolled the Mediterranean Sea in order to save lives. Does acting in solidarity imply facing 20 years in prison? The team of lawyers supporting Miguel and the Iuventa crew estimated the legal costs of the lawsuit to amount to ca. 500.000 Euros. Additional costs include the transport to meetings with the crew, with the legal team and to the court hearings. We cannot leave them on their own in this fight.

We need your help to ensure Miguel’s freedom and to ensure that acts of solidarity are not turned into a crime!

HuBB - Humans Before Borders is a platform for action against and raising awareness on inhumane and illegal treatment of migrants and refugees. We are a group of citizens who want to remind the European Union of its core values, the Universal Declaration of Human Rights, including the right to asylum. HuBB was created in September 2018 out of a common desire amongst people of various nationalities to bring reliable information to the political debate. Since then we have organized events, created awareness campaigns and invited numerous experts in the various human rights areas, and in particular issues related to borders and refugees. One of the most significant principles that unites us is the belief that individual action makes a difference and collective action can change the world. 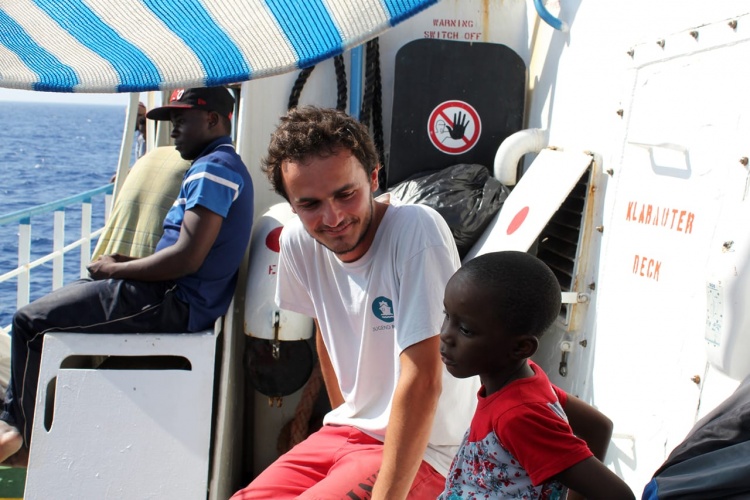 Miguel and his nine colleagues are currently under investigation by the Public Prosecutor of Trapani in Sicily and everything indicates that the case will go to trial. A team of lawyers led by the Italian lawyer Nicola Canestrini is supporting Miguel and the Iuventa crew in this fight against the criminalization of solidarity. They estimate the legal costs for the trial to amount to ca. 500.000 Euros. This campaign aims to raise not the total amount necessary to cover the costs, but the amount we deem realistic in light of the people we are able to reach. It is a campaign directed to Portugal but it is part of a collective effort coordinated by many people in various European countries. The volunteers that are being investigated are citizens of Germany, Scotland, Spain and Portugal. Both they and the lawyers are obliged to travel from various European countries to Brussels, Seville, the South of Italy, Lisbon, etc. frequently to construct a defence strategy and to appear in court. It is impossible to predict the duration of this whole process but the lawyers estimate that it will drag on for several years. We cannot leave them on their own in this fight. We need your help in defending solidarity. It is crucial that Miguel and his colleagues have access to the best possible legal defence.

2959 members of the PPL community
support this campaign