Marta and Filipe want to get the championship of europe

Marta and Filipe are two athletes passionate acrobatic from Ginásio Clube Português. They were qualified for the European Championship in Germany, a dream realized after an inte...

Marta and Filipe are two athletes passionate acrobatic from Ginásio Clube Português. They were qualified for the European Championship in Germany, a dream realized after an intense training season and full of surprises. This championship is a goal to achieve that requires many sacrifices and commitment from the athletes, the coaches and the families of both.

Marta Nunes and Felipe Santana are federated athletes of high competition of the Ginásio Clube Português and form Mixed Pair Junior Acrobatic. They were this year qualified for the European Championship Gymnastics Acrobatic, to be held in the German city of Riesa, next September.

Marta Nunes is in its second year of competition in the Ginásio Clube Português and despite having had a serious injury, determined not to stop and with its base won a place in the championship. Filipe Santana, already with six years of competition, want a place on the podium along with its flying Marta and take the Ginásio Clube Português and Portugal to winning a medal.

Recently, in the Cup of Portugal, competed with ranking groups Youth and Junior (12-18) which they obtained the 3rd place.

At this stage the training will not stop during all summer, and we are committed to help these athletes to reach their destination, Riesa in Germany. They have a lot to learn and these participations in international championships are key steps to grow within the competition and achieve more victories.

These two athletes are passionate by these sport. During this year, they have won several medals thanks to the energy and professionalism of their excellent coaches Ana Catarina Cardoso, Vanda Videira and Joana Vicente from the Ginásio Clube Português. 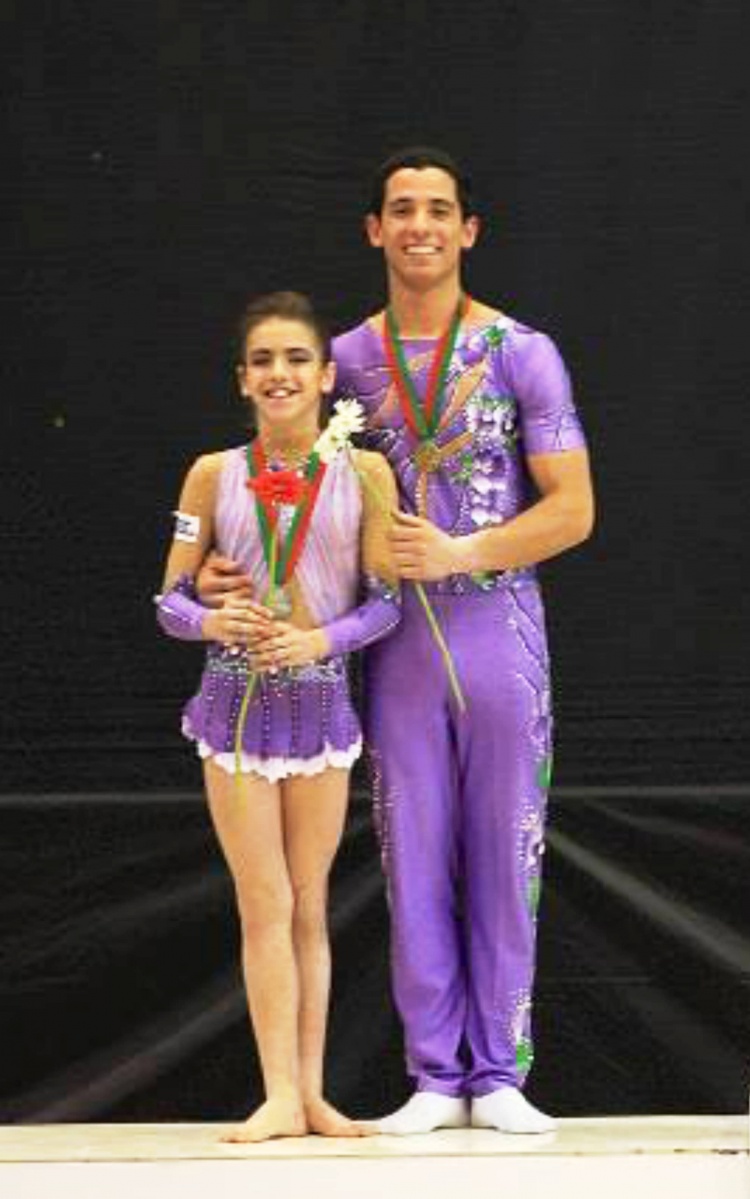 Marta Mar Nunes, 12 years-old, student of the high school Josefa D'Obidos in articulated with music learning - piano - in Musical Academy of Friends of Children, wants to win a place on the podium in his first adventure in Europe. Like dancing, singing and the piano is one of her passions in the short time she has to manage her ambitions.Europe is her first championship, which surely she will gain experience and necessary energy to continue in many other competitions.

Filipe Santana, 18, finished is studies at the high school of S. João do Estoril in the field of Visual Arts and wants to stuide Design . He loves to draw but especially photography. He comes every day for his trainings with the determination to be the best. Has been in the World Championship 2012, but this second trip to Europe is one of the first steps with Marta, looking for a medal for Portugal and for your the Ginásio Clube Português.

Martha and Philip are seeking support from family, friends and all who may interested in this cause in order to reach the Acrobatic Gymnastics European Championship (22 to 28 September 2015)

Already have some direct support from their parents, but it is not enough to get to Riesa, so we need your support to make this trip a success competition.
Accommodation + food 1,000.00 €
National Equipment 200.00 €
Plane ticket (transfers included) 440.00 €