We are a group of Portuguese and Brazilian comedians who intend to bring 1 ton of support to Ukrainian refugees in Poland and at the same time bring a family of 7 people to Port...

We are a group of Portuguese and Brazilian comedians who intend to bring 1 ton of support to Ukrainian refugees in Poland and at the same time bring a family of 7 people to Portugal.

Tens of thousands of Ukrainians are fleeing their country after the Russian invasion, leaving everything behind to find safety outside Ukraine. The UN has warned that violence in the country could trigger a wave of up to five million refugees moving to neighboring countries.

We are a group of Portuguese comedians who want to support Ukrainian refugees in Poland and at the same time bring a family of 7 to Portugal.

We will leave on March 14 for the city of Przemysl, on the border with Ukraine and our bus will be able to carry 1 ton of essential goods and food. The bus is a motorhome and will be able to receive people and accommodate them during the travel days.

We are providing the bus and two drivers for the 7000 km route that will be covered in the 12 days of travel. However, this trip has associated costs that we need to finance.

The forecast is for 1900 liters of fuel + tolls + camping stops (overnight stays) + food for these people. The crowdfunding amount we are asking for is for these costs.

All support is essential at this time to avoid an even greater humanitarian tragedy.

With your help we will be able to bring some comfort, joy and peace to those who are suffering. 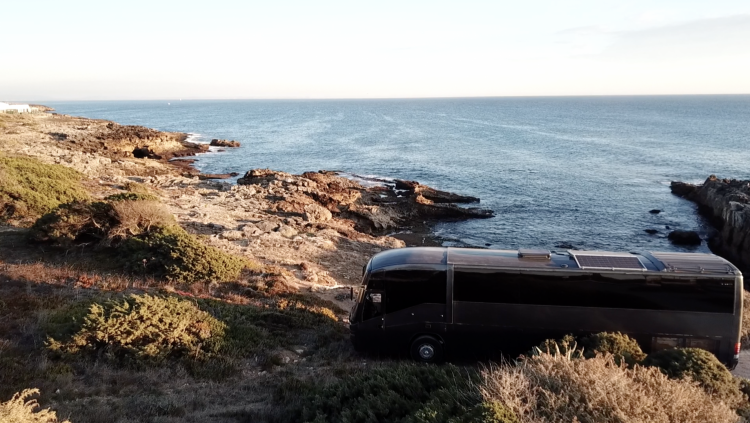 We are a group of Portuguese comedians who want to bring 1 ton of support to Ukrainian refugees in Poland and at the same time bring a family of 7 people to Portugal.

ABBADHIA VIEIRA
Actress, Entrepreneur, Filmmaker, Stand up Comedian, Luso-Brazilian based in Portugal since 2017.
Possessor of a big dream: To become a millionaire crown and half achieved it: Became Crown.
Bachelor in Scenic Interpretation and degree in Finance, in Rio de Janeiro. Master's student in Cinema in Portugal, Lisbon.

He worked for more than 12 years in the commercial area of ​​several multinationals and his main challenge at TEM is the elaboration of motivational actions with the objective of transforming environments, combining commercial “know how”, theatrical techniques and corporate language.

In 2009, he developed the TEATRO BUSINESS®️, a workshop for non-actors that aims to improve performance through theater techniques.

In Portugal, he worked in large companies such as TAP, Primavera, Lidl, among others. Author of the book GARGALHADORIMO, by the Portuguese publisher Tema Central, launched at CONARH and Leadership Summit Portugal.

Participation in several soap operas on Rede Globo. Actress, author and director of the show OS PROFESSIONAIS in Brazil and Portugal.
Creator of the Youtube Channel: Gargalhadorismo SA

In 2017, he left the position of Communications Manager at a multinational and became CEO of his personal project: to positively impact the largest number of people, through comedy.

With a background in theater and music, he is a screenwriter, author and presenter of the comedy show "As Receitas do Chef Bernas" broadcast on the TV channel Canal Q. Esperança”, the latest creation by César Mourão. He speaks for radio and television and is one of the imitators of the voices of public figures, in the new version of the political and social satire program,​​“Contra-Informação”.

He is a columnist for the lifestyle magazine NiT, where he writes humorous texts on television and cinema.

He has participated as a speaker at international conferences such as the Happy Conference or the eHealth Summit. He acted as a comedian in events for brands such as Pfizer, SAP, Mercedes, Lusitania Seguros, NOS, Santander, Lidl, as well as in
previous editions of Festival F and Vidyou, and on the comedy stage of Festival NOS Alive'18.

He is 1.92 m but believes that, with work and dedication, one day he will reach 2 m.

72 members of the PPL community
support this campaign