The Centro de Cultura Libertária, an anarchist association with 44 years of activity in Cacilhas-Almada, is again threatened. The continued pressure of the real estate business,...

The Centro de Cultura Libertária, an anarchist association with 44 years of activity in Cacilhas-Almada, is again threatened. The continued pressure of the real estate business, the alteration of the law of rent and the gentrification that force the departure of residents from the central places of cities, the destruction of non-profit spaces or the closure of neighborhood stores, now also reach the CCL.

The Centro de Cultura Libertária, an anarchist association with 44 years of activity in Cacilhas-Almada, is again threatened. The continued pressure of the real estate business, the alteration of the law of rent and the gentrification that force the departure of residents from the central places of cities, the destruction of non-profit spaces or the closure of neighborhood stores, now also reach the CCL.
It is not the first time that the CCL's permanence in its historic headquarters is questioned. Between 2009 and 2011 the Center for Libertarian Culture resisted against a process of eviction moved by the landlord. Only the solidarity of many collectives and individuals here and beyond allowed us to face the costs of the judicial process, which led to two trials and one appeal. In the end, we reached an income increase agreement that allowed us to continue in space without changes in the duration of the contract.
However, in 2014, as a result of the changes in the rent law in favor of the owners' interests, the CCL contract duration lasted for five years. At the end of 2018, we have reached the point where, as has happened to thousands of tenants, the continuation of the lease of our space will be at the mercy of the owner's will and the conditions that he wants us to impose. 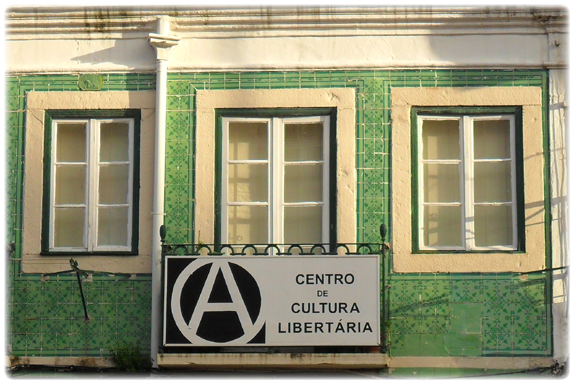 The CCL is an anarchist cultural athena founded in 1974 by old libertarian militants who resisted the dictatorship, occupying since then the space leased at number 121 Rua Candido dos Reis, in Cacilhas. The Center has a unique library and archive in Portugal, with documents produced over the last hundred years, as well as a distributor of libertarian culture. It has been a fundamental space for anarchism in Portugal welcoming successive generations of libertarians. During its existence, the Center hosted numerous activities, such as debates, meetings, reading circles, video sessions, workshops, dinners or various learning workshops, and served as home to many libertarian groups and groups. Different publications have been published here, such as the Anarchist Voice in the 1970s, Antithesis in the 1980s, the Anarchist Information Bulletin in the 1990s, and Húmus magazine in the first decade of this century.
As an anarchist association, the operation of the CCL is horizontal and is based on the assembly of members, where decisions are made and the tasks inherent in the life of the association are distributed. Participation in the CCL is always voluntary, unpaid and non-profit making. The only sources of funding are membership fees, bookstore and diner receipts, and solidarity donations. 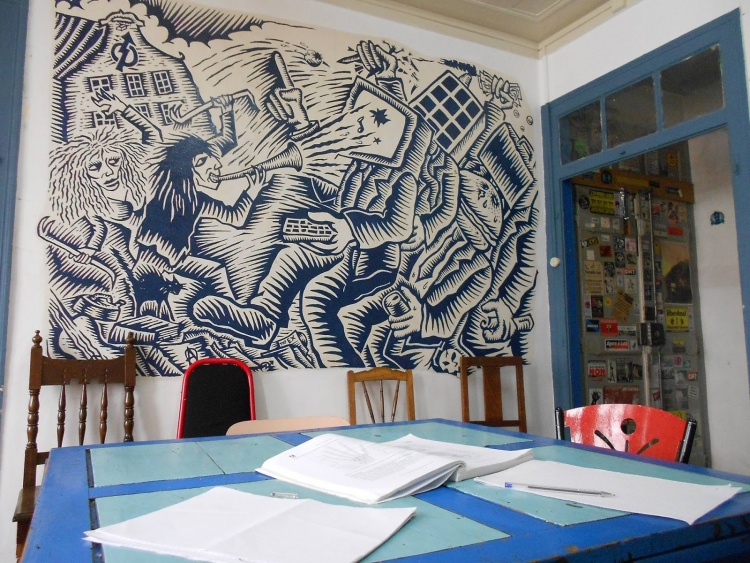 But at the moment the future of the CCL is open: it can be spent in the same place, paying a much higher income, or moving to a new space, where we would try to have better conditions for our activities, but where expenses will also be higher.
So, for this transition phase, we need € 8000, which we will try to raise in the next two months. This money will be used in the initial phase of a new space, or to help us with bear the higher income in the current space until the change.
Since the expected income for 2019 is 400 € per month and that there is a desire to move to a new space and greater, will approach - a period of grace, in which works and adaptation to the new space will not allow us make money for the accounts, both of the current space and the future space.