Alvorário, the first album of Bugalhos - become part of our history!

Help us achieve our discographic premiere with your contribution!

Help us achieve our discographic premiere with your contribution!

al.vo.rá.ri:o, noun. (Trás-os-Montes and Botany) oak. Derived from alvo (white, light) or álbore (tree). Madcap. One who wanders. One who enjoys adventure.

Alvorário is an eclectic album featuring the dichotomies of beauty in sadness, of tradition in authorship and of poetic lore in author poetry. It includes both original compositions and traditional songs (from Portugal and Galicia) and it is born from the collective artistic creation process of the four members of the band, in a space of experimentation and personal experiences sharing, aiming not for a purist reproduction of the traditional, but rather for the integration of various musical dialects in a cohese signature sound.

Rhythm and melody wise, there is a formal search for historical musical genres. Concerning vocals, the band members portray the individual or collective roles of the voice in a fluid, dynamic and cooperative way. The aesthetics of the resulting arrangements denote elements of a plethora of genres, ranging from indie to pop, punk, folk, rock, minimal, experimental and even psychedelic.

Words are privileged and prosody has a determinant role in the composition and arrangement processes. Apart from original lyrics by both Blandino Soares and Rita Só,  Alvorário features poetry from several other portuguese authors to achieve narrative diversity. It also intends to serve an intervention purpose, calling on critical thinking and raising awareness for important topics of nowadays’ society.

These stories we shall tell are to be humane, realistic, empathic and intemporal, able to connect with the audience and to which people can relate.

Help us tell these stories by supporting us and making Alvorário happen!

Curious already? You can have a listen at https://soundcloud.com/bugalhos 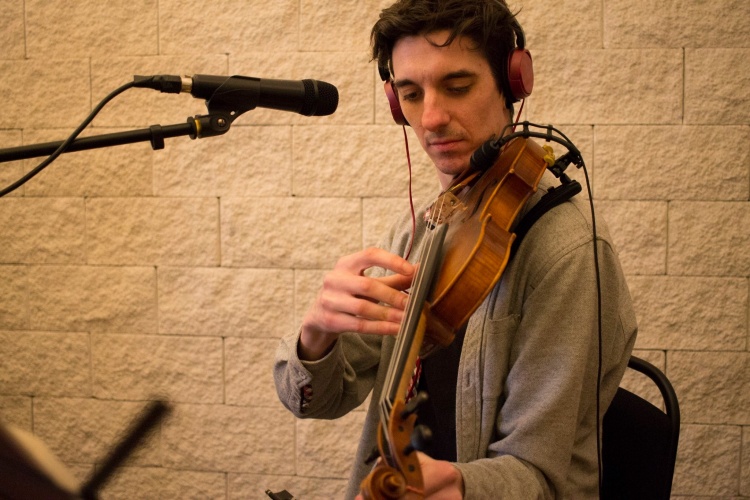 Born in 2015, they define their music as one of portuguese expression. Bugalhos are:

Rita Só - she premiered as a percussionist with "Umbigo d'Aço". She was a member of "GiraSol", "Contrabanda" and “Bira”. Currently, she integrates "Tresmoças", "Loba Galharda" and “Valentixs”. She organizes folk events and was an organizer of Folk Marathon Porto 2018/2019.

André Oliveira - he explores the violin and voice in traditions such as those of the Atlantic axis, Scandinavia, Slavic and Balkan regions and the Levant. He was a participant of the Ethno project and of the six last editions of Folk Marathon, having been an organising team member of the 2018/19 edition in Porto.

Inês Alexandra - Born in Castelo de Paiva, she has learned local repertoire from the Douro Litoral region. She has organized and participated in fado vadio evenings, adufeiras and traditional music gatherings. Currently, apart from Bugalhos, she is also a singer in "Tresmoças", group of traditional songs.

Alvorário´s recording, mixing and mastering is by João Ramoa and visual art is by Catarina Santos. 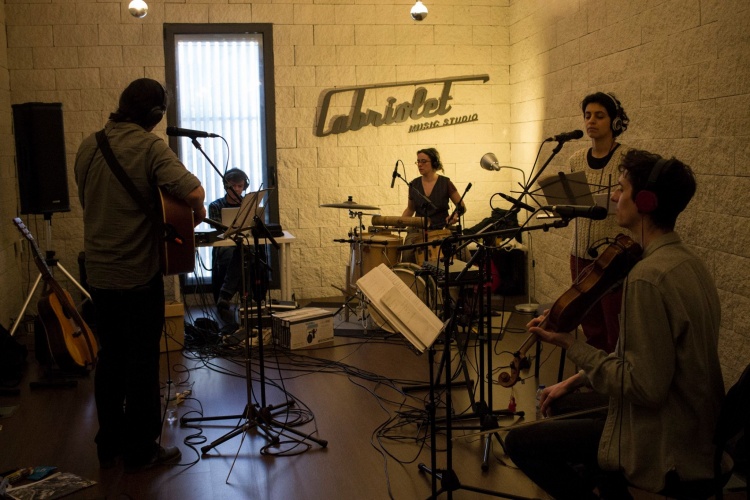 Our crowdfunding campaign starts on December 18 and ends on February 1, 2021 .

The physical album will be replicated in February 2021 .

The sending of rewards will be done until the end of March 2021, notifying each contributor personally when shipping.

The value of 3500€ raised in this campaign will help the covering of the following expenses:

76 members of the PPL community
support this campaign