Kind of Blue - not painting, but dancing

Support request for a creation by choreographer Lua Carreira. A tribute to Yves Klein's legacy in the history of Art and his revolutionary ideas

Support request for a creation by choreographer Lua Carreira. A tribute to Yves Klein's legacy in the history of Art and his revolutionary ideas

A tribute to Yves Klein’s legacy in Art history and to his revolutionary ideas.

“Kind of Blue” focuses on a movement proposal that inhabits the void through color, painted by “live brushes”, inspired and developed from Yves Klein’s performance experiences. The piece is a product of the research of the human body matter in an empty area. The blue tone represents the nirvana state out of speaking language influences. A neutral zone where the body concentrates itself in sensation and its own reality. An ode to the “Zones of Immaterial Pictorial Sensibility” through the paradox of an object and the image of its absence. The project will be developed based on the personal reflection of the choreographer and dancer Lua Carreira, in relation to the Blue and several concepts that Yves Klein gave live.

The creation gathers an extremely diverse team, with dancers from all over the world, music composer for original sound creation, costume designer from the national fashion scenery, architect for the set design and executive production by EmFim - Associação do Artista.

“Kind of Blue” has the financial support by Fundação Calouste Gulbenkian, creation support by OPART Organismo de Produção Artística, Estúdios Victor Cordon and the public support through the last crowdfunding by Gofundme in April 2020.

During the pandemic, we received a positive result in the Young Creators Support Competition, promoted by the Calouste Gulbenkian Foundation, and it will guarantee part of the salaries of creative professionals. In a year where plans were changed, calendars were suspended, shows were postponed, events were canceled ... even with the difficulties and uncertainties of the cultural sector, we decided to keep the plan to move forward with the project and open the show in February 2021.

To make sure this project happens, we need your help in this campaign! If you can´t help financially, we ask you to share and make this request known, so that we can achieve our goal. 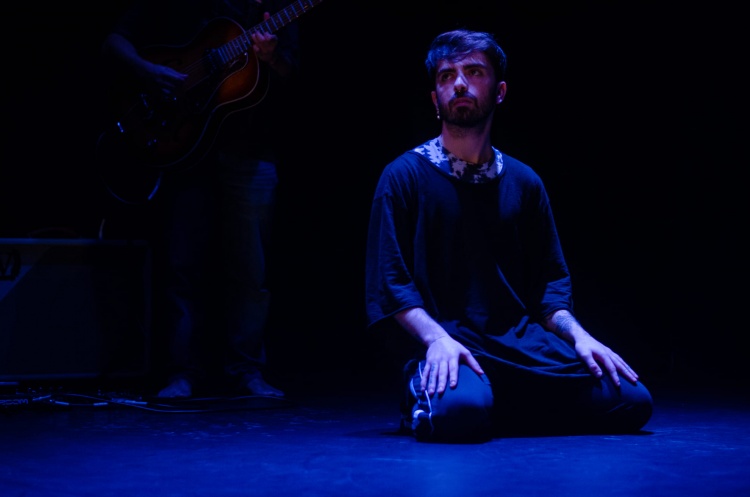 In 2019, Lua founded MoonWalk.Reverse in order to give a more solid base to her choreographic researches. The project gave her the possibility to develop interdisciplinary works by crossing the paths of emerging artists. In 2019, she premiered her first piece on a professional context, Lîla - Free Play, co-created with Umut Ozdaloglu and in 2020, she gave birth to the co-creation with Adriana SáCouto A Morte do Artista, the choreographic collar flattened with Hugo Marmelada and Patricia Keleher and a new piece for Quorum Project, My Heaven is Better than Yours. After finishing her studies at the National Conservatory of Lisbon, Lua persued her career as a dancer at Ballet Junior de Genéve and she integrated the dance company EgriBianco Danza.

MoonWalk.Reverse is a dance project focused on the choreographic creation. Through the collaboration with freelance artists from dance, music, fashion design, cinema, fine arts and architecture. It is an alliance between creators who come together to develop new performances.

The EmFim - Associação do Artista is a cultural association that pretends to be an incubator of artistic projects in three departments: Theater, Dance and Audiovisual. EmFim looks for a new network of creators, artists and producers, supporting artistic fusion and the artists themselves.

Budget: This support will be directed to part of the project's human resources. If the amount raised exceeds 100% of the requested amount, it will be added to the human resources chachets.

52 members of the PPL community
support this campaign