When the Swallows Leave is one of the films that constitute the trilogy of short films carrying my experiences as transmontano. It will be the first of the three to be filmed. T...

When the Swallows Leave is one of the films that constitute the trilogy of short films carrying my experiences as transmontano. It will be the first of the three to be filmed. The project will be presented in 2020 at the University of Beira Interior in order to obtain a Master's degree in Cinema.

When the Swallows Leave is one of the films that constitute the trilogy of short films carrying my experiences as transmontano. It will be the first of the three to be filmed. The project will be presented in 2020 at the University of Beira Interior in order to obtain a Master's degree in Cinema.

The film follows Duarte's last day in the village. The next day, he emigrates to England to pursue his dream of starring in West End musicals. Wrapped in a chauvinistic family environment where the patriarchal posture imposes itself, Duarte breaks into his own self: homosexual, actor and transmontano. But is this self more important than love? Can someone make him change his mind and thus give up his own dream?

It is necessary to mention that the ideas came from the need to give some expression to characters and lives where I could identify myself. However, filming in Trás-os-Montes entails costs and expenses that without your help I will not be able to overcome! Your help is therefore fundamental. The project suffers the risk of being unfeasible if the necessary conditions are not met. Any help is precious, thanks in advance!

I dare and allow myself, in order for the project to be true and honest, to work the ground emotionally and to expose its personal and autobiographical character. Making movies is always a challenge! If the challenge proves to be difficult, it is indispensable to resort to what motivates us to continue. So this is the story I want to tell. This is the voice I want to raise. This is the cinema I want to do.

Thank you once again,
Reuben Sevivas 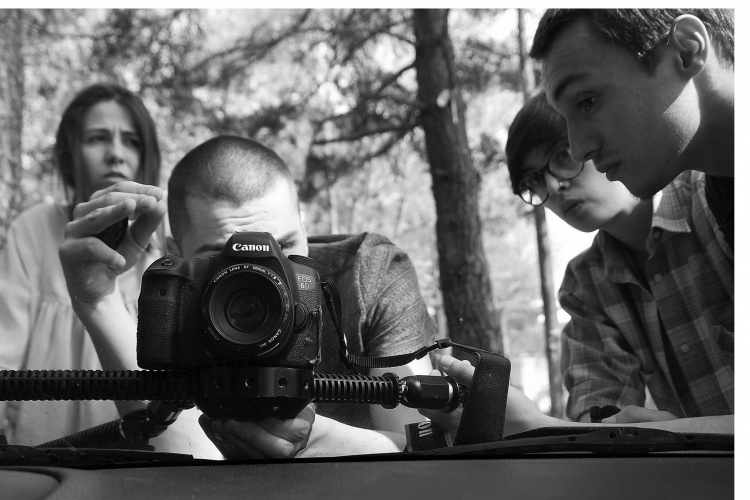 Ay Filmes is an artist collective that sees in cinema the best way to express themselves and to tell their stories. Borrowing AY from the Galician-Portuguese which means there is, we intend to make cinema so that there will be cinema.

We will tear fragas, open rivers, traverse plains and climb mountains, as well as buildings and bridges and monuments, in search of the marrow of the expression “Portuguese”: be it globalized or more traditional. We want to unveil and understand what it means to be Portuguese today and in the political, social and economic realities in which the Portuguese are inserted.

Being Portuguese citizens, and of the world, we are fully aware that our focus of work carries a great responsibility in the diffusion of the truth of images and sounds. In this way, we will carry this responsibility, not as a burden, but as a flag!

A well,
João, Rita and Rúben 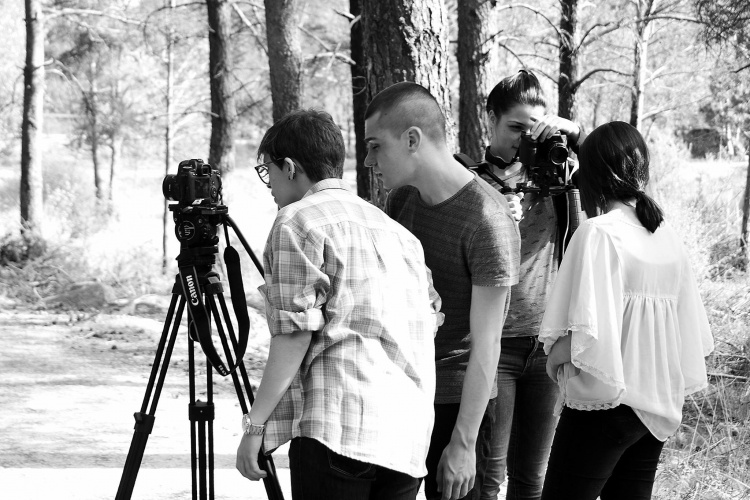 JOÃO ARAÚJO
João Araújo was born in Pretoria (South Africa) in 1995, but has lived in Montijo since he was two years old. He studied film at UBI and soon realized that sound was the focus of his interest, especially one that combines with moving images. In pursuit of academic depth, he earned a specialization in Sound at the World Academy. He then worked about a year on dubbing, short films and series. Since December he is the sound player of Vodafone FM.

RITA LAMEIRA
Rita Lameira was born in Cuba, Portugal, in 1995. She finished her degree in Cinema at the University of Beira Interior in 2016. After interning at the producer Uma Pedra no Sapato / For Sale Movies, she had the opportunity to develop her skills and knowledge in the area. of image. His portfolio is vast and already has a nomination for best cinematography for his work on the film Breath. Currently, it is part of a project of RTP that consists in the preparation of 13 feature films based on popular tales.

RUBEN SEVIVES
Rúben Sevivas was born in Chaves in 1991. He graduated in Cinema from the University of Beira Interior, from where he came out as his first director - Fôlego (2017). At the same time, Reuben built a career as an actor and theater producer in his hometown. Currently, Rúben attends a master's degree in Cinema, also from the University of Beira Interior, which has already resulted in the short documentary The Right to Be Remembered (2019). His main focus is on the culture and heritage of Trás-os-Montes, as well as the dynamization of the arts in the country side of Portugal.

Fortunately, we are pleased to report that the rest of the money has already been raised through sponsorships and sponsorships. Thus, we lack:

53 members of the PPL community
support this campaign