Cycling from Cabo da Roca do Nordkapp for a better world

Father and daughter will cycle from Cabo da Roca in Portugal to North Cape in Norway, and cycle back, with the aim of spreading the word about Peace and Unity between everyone. ...

Father and daughter will cycle from Cabo da Roca in Portugal to North Cape in Norway, and cycle back, with the aim of spreading the word about Peace and Unity between everyone. They ask for 1€ for each km to donate to the Living Peace International Project.

Father and daughter decided to connect, in a sustainable way, Europe's Western Cape (Cabo da Roca in Lisbon) to Europe's North Cape (Nordkapp in Norway) with an aim and a reason.

We don't want to travel "just because"! One day we heard about a project called "Living Peace International", that was created by the Focolare Movement, and we felt we had a good reason there, deciding then to connect to this project, as we also have the aim of promoting Peace and Universal Unity between people from all over the world. This way, our route crosses as many European countries as possible as well as the four biggest Christian sanctuaries: Fatima, Santiago, Lourdes and the Vatican. It is still soon to say if we will meet Pope Francis, but we believe that is possible, and that is being planned.

In addition, there is also a "why?"

We feel that the world is going through a phase of change, similar to the industrial revolution, we are now in the beginning of the computing and technology phase. However, the interpersonal relationships and spiritual and social aspects of human relationships seem to not have followed the process of this development. Given this, we have the need to spread the word, especially to the younger ones, about this values that are so basic but so fundamental such as peace and unity, regardless of their religion, race or any other differences.

The aim is to raise 1€ for each km of the 13.000km predicted. Each euro raised will be given, in partnership with AMU, to the Living Peace Project. This project is creating a worldwide network of people that compromise to live for peace in different learning environments, places and contexts. Just in Portugal, there are dozens of schools that are part of this network and that take part in activities that spread the word of Peace. Find more about this project in ...

During this trip, where we are supposed to travel trough 19 countries, and where the feeling is the same of being a pilgrim, we will have ways of sharing our experience so that people can accompany us. A blog, that is soon going to open, and different social media that will soon be released. In the end, we are planning on writing a book as well as make numerous talks dedicated to the youth around Portugal, aiming to use our experience as a way of motivating them. 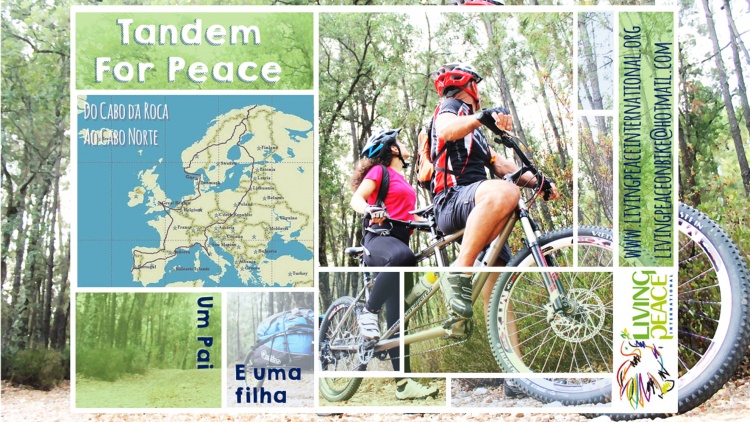 Former army paratrooper and graduated in Nature Sports and Active Tourism. Loves travelling, nature sports and the promotion of a more sustainable world, he is very aware of social, cultural and environmental issues.

Freshly graduated in International Tourism Business Management, is equally passionate for travelling and for being close to nature. Scout, interested in social causes, was a voluntary in numerous projects from supporting children during school time, elderly in care houses and in centres for people with special needs and strong disabilities. 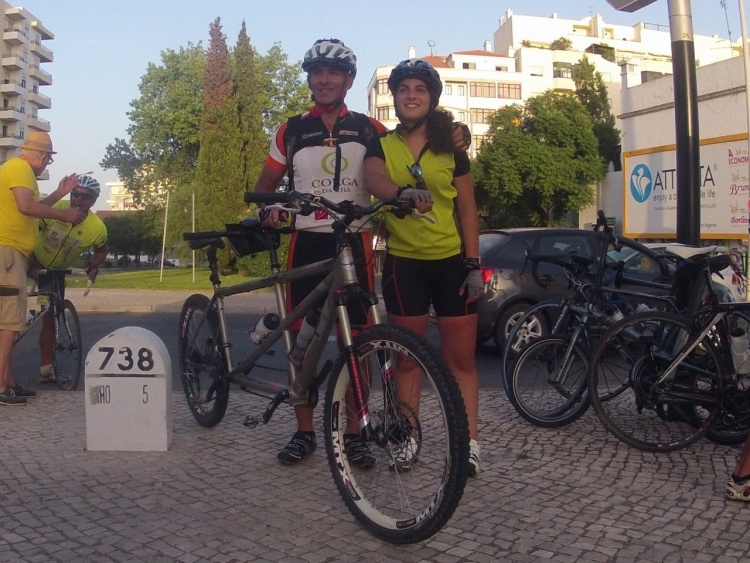 The budget is of 13000€ and the aim is to raise it on a maximum of 6 months. What we intend is to give all the money raised to the AMU Association, except for anything regarding to any rates, taxes or commissions. We would appreciate if you could donate in an unconditional way.

8 members of the PPL community
support this campaign