Hello everyone, we are currently launching a crowdfunding campaign to support the realization of our first album in duo, piano and harmonica. We would love to count with your ...

Hello everyone, we are currently launching a crowdfunding campaign to support the realization of our first album in duo, piano and harmonica. We would love to count with your support. Thanks in advance!

After having stepped on the stage together several times, after many conversations, cooking and shared music, we have now found a window to make a new disc that will fix several of our original compositions.

In an intimate mood, harmonica and piano, combining several different ingredients, this will also be a record with many musical conversations and improvisations. The recordings days for this new album are already scheduled for the beginning of October 2020 at CANOA STUDIO.

The costs of recording a disc are many and that is why, although they are not all covered here, we would like to invite you to be part of this process, supporting from the beginning this construction and its most evident expenses. If you can, help us also to share this initiative with your contacts, as we believe that a beautiful album will born here, and it could be a great company, whenever you wish.

As we would like that you could be by our side in this project, we share here several ways to express your financial support and the rewards you can receive.

If you are curious about our artistic journey you can visit our artist pages:
https://www.facebook.com/GoncaloSousaMusic
http://www.carlosgarcia.pt

Thank you very much! 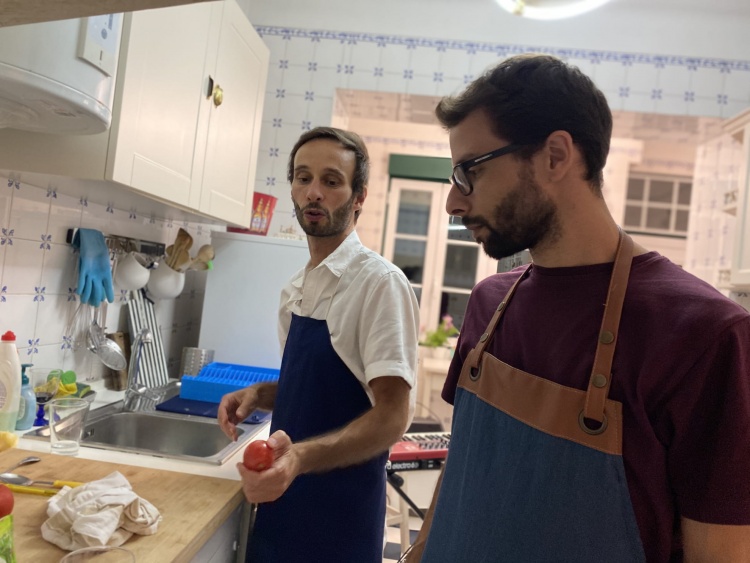 He is a versatile musician and composer, having participated in several festivals and in the main stages of the jazz scene in Portugal, as well as in albums that covered jazz, fado, pop or worldmusic.
He began his musical studies in 1997 at the Centro Musical de Cascais, studying classical guitar and musical training. In 2002, he also attended the jazz course at the Jazz School Luís Villas-Boas studying guitar and jazz piano, and the Portuguese guitar course at the Museu do Fado School.

In 2003 he started to study chromatic harmonica, having the opportunity to play and take classes with three of the exponents of chromatic harmonica worldwide - Antonio Serrano, Gregoire Maret and José Staneck. He finished his degree in Music - Jazz Variant at the Escola Superior de Música de Lisboa with an average of 16.3 (as a harmonicist but in the trumpet class, since there is no harmonic teacher). Participated in various workshops by musicians such as Perico Sambeat, Bernardo Sassetti or David Binney.
At this moment, he leads Gonçalo Sousa Quinteto - “Nova Construção” (recorded his first album as leader this year, all original music) and Gonçalo Sousa Quarteto - “Um Sorriso para Toots” (tribute to Toots Thielemans), co-leads the “Pela Rua Fora”, “Gondwana”, and is part of the jazz quintet of Nanã Sousa Dias, the jazz quintet of Maria Anadon, the jazz sextet of Javier Alcântara, the jazz jazz quartet Tambou by Sebastien Scheriff and the trio of Yami Aloelela.

He taught at the Escola de Música do Conservatório Nacional for 8 years, and works since 2008 at the Escola Superior de Música de Lisboa. Extends its pedagogical activity through the creation of songs for children, also collaborating in cultural promotion programs.

115 members of the PPL community
support this campaign