Santiago has a rare genetic disease and due to the pandemic the situation has worsened, but the parents do not give up. This campaign will help with 2 cycles of intensive care a...

Santiago has a rare genetic disease and due to the pandemic the situation has worsened, but the parents do not give up. This campaign will help with 2 cycles of intensive care and the acquisition of support material for hip dysplasia.

My son has a very rare genetic disease called MECP2 Duplication Syndrome, in addition to the diagnosis of level 3 autism spectrum. The average life expectancy is only 25 years but many of the boys do not even reach adolescence.

Santiago also has several problems, has developmental delay, both motor and cognitive, does not walk alone, does not speak, has breathing problems, being hypotonic, he has very frequent respiratory infections, has sleep apnea and therefore has to sleep ventilated by a -pap.

The pregnancy was quiet and watched, never accused anything abnormal.

It was only a month after his birth on a routine visit that Santiago was surprised to be too soft and sent a letter to be followed at the Santa Maria hospital. Then the complications arose, he was always sick, a simple cold quickly became pneumonia or worse. My puppy started going through long hospital stays which, together with the fact that he doesn't have muscular strength, started to make doctors in the hospital worried. It was long months in several consultations of many specialties without great results until at 7 months we were sent for a genetic consultation and after many exams came the result. 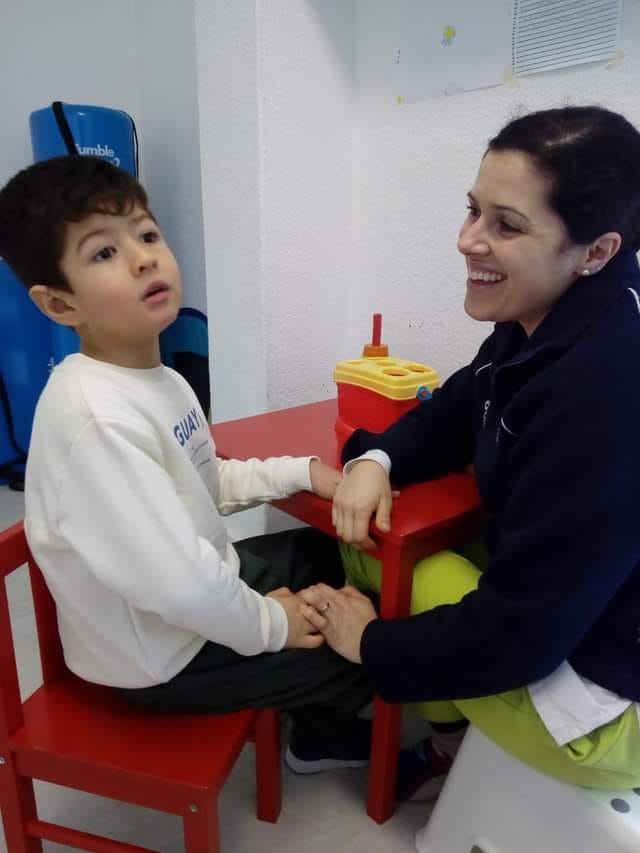 From a very early age, parents bet on their rehabilitation. At the age of 8 months I was already attending several therapies and over the years they have been looking for more and new therapies. They have been going very well, Santi is already taking a few steps, learned to communicate through a communication notebook and has an almost perfect posture. This year he would start a new stage and begin his school career. Due to this pandemic, Santi will not be able to attend school due to medical advice. The parents had hoped that with the trip to school there would be a leap in their development, but unfortunately this virus has made the situation even worse. Santi just left home to go for therapies and everything has been done so that Santi does not suffer a new regression, as happened in the State of Emergency. All of these therapies are too expensive and are not reimbursed. In addition, both parents work outside the home, which is not enough for all the household expenses.

In August he was also diagnosed with a hip dysplasia, initially having surgery scheduled for the end of October, but unfortunately it was not possible because with the pandemic they postponed it, still with no rescheduling date.

This fundraising aims to help pay for 2 cycles of intensive therapies that Santi will do next year and for the purchase of any support material that is necessary so that hip dysplasia does not worsen while we wait for the surgery.

Nothing is as ours as our dreams and parents will continue to dream of a more autonomous future for their child! 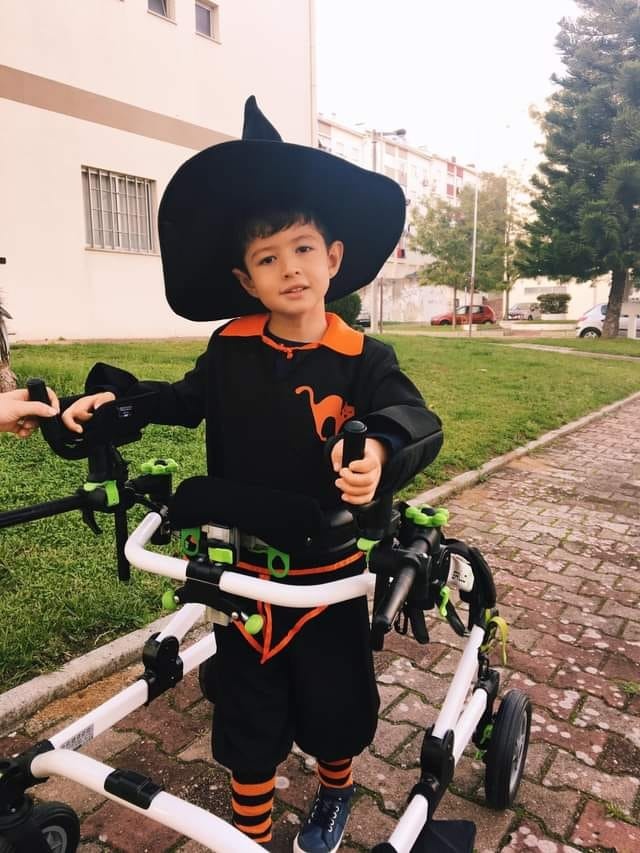 Besides taking care of Santiago, I have a job like any other mother and I have another older daughter. We have been fighting hard to be able to give maximum support to Santiago and to meet the normal expenses of a family of 4, as well as being able to afford all the therapies that Santiago needs.

When I received the news of Santiago's diagnosis, I thought life was over, it was very complicated weeks, but out of love for my puppy, he managed to overcome and fight to give him all the support possible.

175 members of the PPL community
support this campaign