“Plante um músico” (Plant a musician) is an ACBI Project. Its aim is to help children with economic and/or cultural problems to develop their musical skills and lead them to a p...

“Plante um músico” (Plant a musician) is an ACBI Project. Its aim is to help children with economic and/or cultural problems to develop their musical skills and lead them to a possible music career.

-“Plante um músico” (Plant a musician) is an ACBI project. Its aim is to help children with economic and/or cultural problems, living in rural areas, to have the same opportunity as the other children to develop their musical skills.

The children that attend the 5th and 6th grades (age 10-12) in public schools that are ACBI partners are chosen for their musical skills. Every week they have music classes and percussion instruments classes at ACBI headquarter in Covilha. A van picks them up, drives them to the ACBI headquarter where they have their classes and then they are taken back home.

The aim of this project also includes social inclusion and equal opportunities, thus helping those children with most needs.

The children that are chosen for this project have to participate actively in their music classes and activities and have good grades at school.

After two project years some of the children are invited to attend an Academic Music School so that they can have a degree and have a music career.

All the teachers involved in this project are not paid, classes are free.

During the year the children involved in this project must attend workshops to enhance their music skills and knowledge, and do auditions or public performances. All this is done for free.

“Plante um músico” is part of another ACBI project called Zéthoven which is not a solidarity project but it’s a project for children to have an opportunity to develop their musical skills but they must show that they deserve it by working hard throughout the project. Children must succeed just as ACBI does.

This school year there were 32 children involved in this project but for the coming school year ACBI would like to increase the number of children to 45. 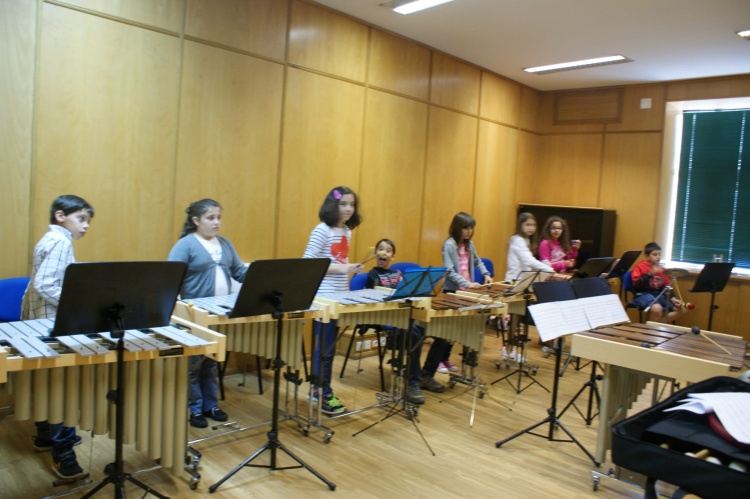 The main aim of Associacao Cultural da Beira do Interior is the development of all the Interior Region of Portugal.

The ACBI provides a very important role for all kinds of ages culturally and socially. Its Head Office in Central Portugal has connections with all the country and abroad especially in Europe.

The Association main activities are the Mixed Choir of Beira Interior with concerts in 26 different countries, The Zethoven Project for the children, Project Xuxa with Notes for children aged between 3 and 6 years old, The Classic Orchestra of Beira Interior, The Percussion Group of Beira Interior, the First Beira Interior Choir Festival and Competition with cooperation with Meeting Music (Germany) that will take place every 2 years in October in the town of Fundao and nearby towns.

The ACBI is also a partner of the International Week of Music in Luxembourg since 1998. It takes place in that country every year in July.

The ACBI is proud of always been working with underprivileged children with little opportunity in life, providing them with musical lessons and other experiences free of charge. In 2007 produced a CD from the Zethoven series with children from Orphanages and other Social Care Institutions.

A total of 250 children participated from the districts of Almada,

Macedo de Cavaleiros, Braganca,Estremoz,Evora e Castelo Branco. In 2011 the 6th CD of the Zethoven Project was made with children from France (Angouleme) and the grand finale was in the Palace of Belem.

Also since 1993 created the Project "Christmas for All" with Concerts in Social Care Institutions,Hospitals,Care Homes,Day Centres and Prisons.

It produced 22 CD's and around 35 concerts yearly.

The Musical Director is Luis Cipriano.

The cost of the project “Plant a Musician” is 4.500€. The CABI (Cultural Association of Beira Interior) has, already, some monetary support, from local companies, but still are missing 1.200€, money that corresponds to the displacement of children. Teachers work for free.