We will not let the unexpected cancellation of the international events planned for Portugal kill the dream of the athletes of paradressage: To compete in the 2019 European Cham...

We will not let the unexpected cancellation of the international events planned for Portugal kill the dream of the athletes of paradressage: To compete in the 2019 European Championship 2019 Holland and the Paralympic Games 2020 Tokyo !!

The unexpected announcement on the cancellation of the international competitions of paradressage for Portugal, due to the lack of support to the organizations, will raise the financial footing of the project "Cavalgar until Tokyo 2020", a sports project launched by AEJC and that already counts on the important support of the Jogos da Santa Casa da Misericórdia. Given the current situation, we must call for the union of more supporters, sponsors or even patrons with the aim of preparing, qualifying and raising funds so that the athletes of national paradressage can reach the Paralympic Games 2020. Why? Because athletes are now forced to move to competitions outside the country, in order to reach the minimum requirements necessary for their participation in the European Championship in Holland, the first step to the 2020 Paralympic Games in Tokyo.

Paradressage is a paraequestrian discipline, which consists in the practice of dressage discipline adapted to the specific limitations of each rider. Conducted under the same basic rules, but with Athletes classified according to the level of their impairment, the horse has to perform at a walk, trot and canter, and all tests are ridden from memory and follow a prescribed pattern of movements. Paradressage is known to improve motor coordination and posture, increase self-esteem and autonomy, and to promotion social inclusion. It is the only adapted equestrian mode FEI (International Equestrian Federation) included in the Paralympic Games, where it has been a regular presence since 1996. Its popularity has been increasing in recent years, attracting more and more riders, new countries and the public in competitions. For more information https://inside.fei.org/fei/disc/para-dressage/about 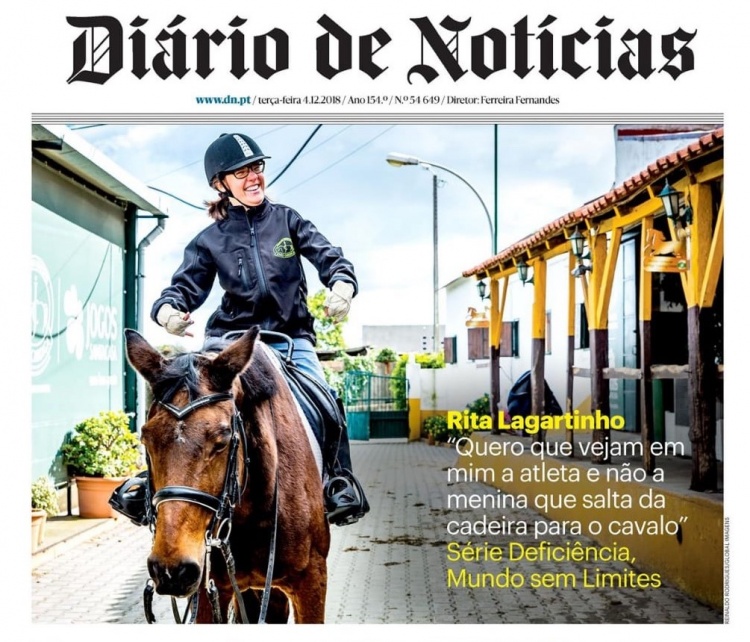 Officially created in 2014 by the João Cardiga Equestrian Academy, where the practice of paradressage takes place since 1999, the Cardiga Paradressage Team has an enviable track record for the modality with a gold medal and several international participations.

About the João Cardiga Equestrian Academy

Founded in 1992 the João Cardiga Equestrian Academy (AEJC) is located in Barcarena, Oeiras, close to Lisbon. Managed by the Cardiga family (the parents Maria de Lurdes Cardiaga and João Cardiga and the son, certified instructor and international rider João Pedro Cardiga), the equestrian center, besides being a riding school approved by the Institute of Sports and Youth, Portuguese Equestrian Federation and National Riding School, is also an institution IPSS (Institution of Private Social Solidarity). It develops three specific areas: riding for therapeutic purposes (Hippotherapy, Therapeutic and Adaptive Riding), training of riders and horses (lessons, training and preparation of horses, including official examinations for the National Riding School) and competitive sport (organization and participation in national and international competitions with their students). Website: https://www.academiaequestrecardiga.pt/

Al Equine is a company dedicated 100% to the horses, located in Evora, devoted to the commercialization of quality products and and developpment of innovative solutions for horses complying with the welfare and a sustained performance of horses. Attentive to social causes and touched by the funding difficulties faced by the Academia Equestre João Cardiga, the veterinarian and owner of the company, Monica Mira, decided to launch a crowdfunding campaign to support the cause. This action will also have the collaboration of the recently created association ANET (National Association for Therapeutic Riding), of whom she is also a founding member, whose mission is to bring together and unify the existing associations and structures in Portugal, provided they folow the good practices established internationally, under one umbrella. 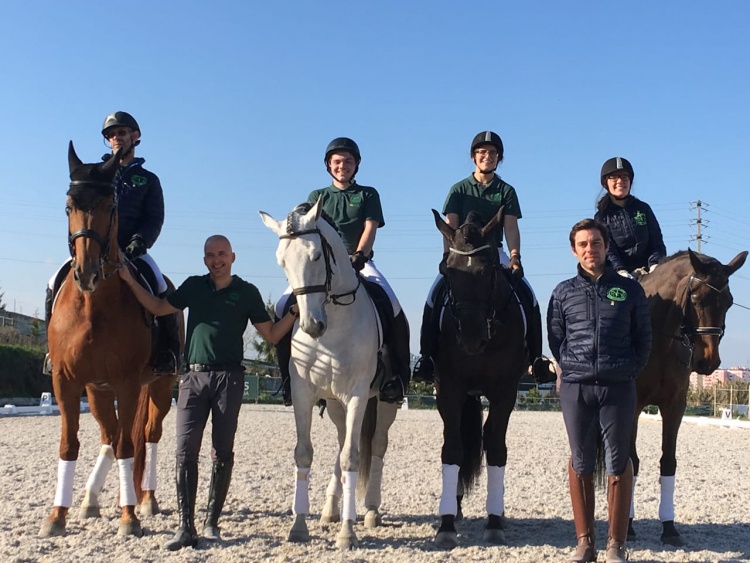 77 members of the PPL community
support this campaign