Construction of a vocational training centre in the city of Ingoré in Guinea-Bissau.

The Guinea-Bissau is one of the poorest countries in the world, being rated in the 176th position out of 187 (UNDP, 2012) Human Development Index. It has got a populatio...

The Guinea-Bissau is one of the poorest countries in the world, being rated in the 176th position out of 187 (UNDP, 2012) Human Development Index. It has got a populatio...

The Guinea-Bissau is one of the poorest countries in the world, being rated in the 176th position out of 187 (UNDP, 2012) Human Development Index. It has got a population of 1.7 million inhabitants (UN, 2012), with a life expectancy of 48.6 (UNDP, 2010) and illiteracy rate of 50.3% (Ministry of Education GB, 2010). The situation regarding employment is deficient, particularly among young people: the occupancy rate for the age group 15-24 was 10.6% in 2009, with a 4.6% rate for women (with under-employment and unemployment among young people, the unemployment rate came close to 30%).

The city of Ingoré has about 22,000 inhabitants, being the majority young people. After graduating from high school (12th grade) young people find no activity because, on one hand, they do not have enough resources to continue their studies and,on the other hand, there are no schools or training centres for them to continue their education.

Therefore, this project aims to: (1) Build a vocational training centre in the city of Ingoré (Guinea-Bissau); (2) Implement asustainable and quality vocational training model. Following this model, it is expected that the Centre, in the long run, contributes to the development of the community. 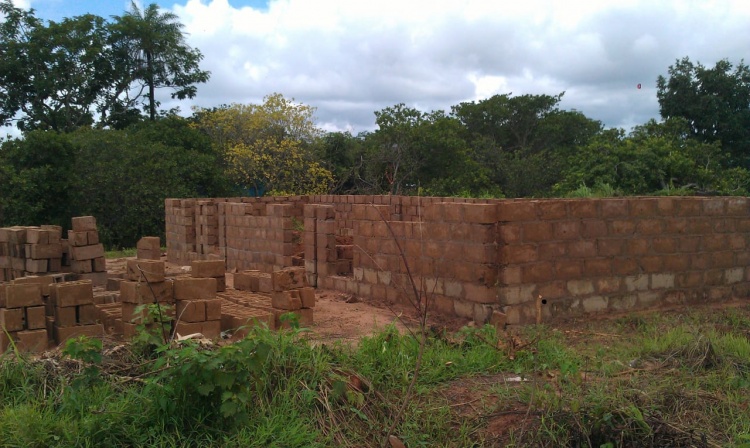 Rita Castro Meneses: young Portuguese, 27 years. Social Worker with a Master degree in AfricanStudies, Education and Development. Volunteer in the NGOD ATACA_Associação Tutores e Amigos da Criança Africana / Friends and Guardians of the African Child (co-operation projects with Mozambique). In 2012 she spent 6 months in Mozambique, as a volunteer, through this organization.

Guineans teachers and the community which are involved in building up the centre and that will participate in all stages of the project.

The motivation for this project came from Tcherno Madju Djalo, in order to contribute to the development of his country, starting with his own community. He has been joined by Rita Castro Meneses, who always devoted much of her time to African causes and the knowledge gained in the field work in Mozambique and throughout the master degree studies.

The Ingoré community has already given the utmost importance to the existence of this vocational training centre.

The construction of the Vocational Training Centre was initiated in August (2014) with the support of a Spanish NGO (https://www.facebook.com/okumeaz?fref=ts); teaching materials, chairs, and school desks have been donated, with the support of EDUCAFRICA (https://www.facebook.com/EDUCAFRICA?fref=ts). However, we still need help to get the materials needed to complete the construction of the centre: 35 sacks of cement = 269€ 300 tin foils for roofs = 923€ Paint (40 liters) = 100€ 100 kg of lime = 77€ 100 Sibi = 308€ Nails = 8€ Total = 1674€ We’re planning to raise the total amount till the 1st week of March and thus continue with the construction works throughout March. Therefore, we expect to complete the construction in April.

5 members of the PPL community
support this campaign