SFCIA has a dream. The dream of turning your 60 years into 60 minutes of music.

SFCIA has a dream. The dream of turning your 60 years into 60 minutes of music.

14 years after the recording of their first and only studio CD, the Music Band of the Sociedade Filarmónica Comércio e Indústria da Amadora, inserted in the celebrations of its 60th birthday, wants to make this beautiful dream come true, to immortalize the work developed in recent years.

In the national context to develop the teaching and dissemination of music, the bands have a fundamental role.

The Direction together with our conductor Helder Gonçalves believes that the Philharmonic Band is at a very good level at the moment, and will demonstrate a modern and demanding repertoire, as has been shown in recent concerts.

Not being a for-profit institution, we must be financially survivor by rigorously managing our resources at all times in order to achieve our main goal of making good music!

Thus, we have no choice but to bet on this project and on the goodwill of all our partners, friends, supporters and strangers to raise the funds necessary to record our CD and achieve our dream.

We count on you! 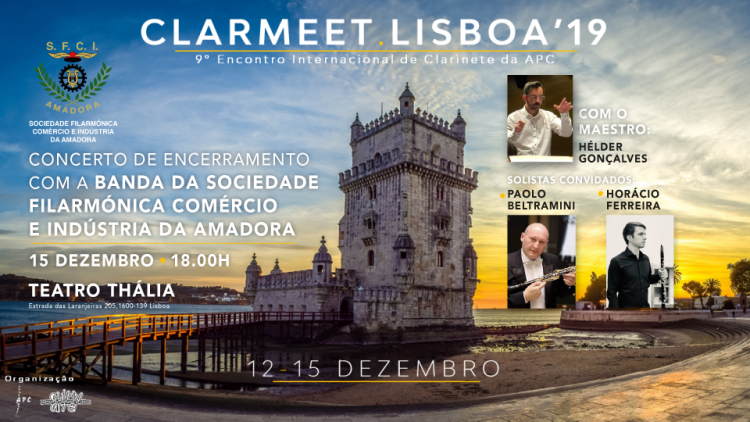 We were born on August 2, 1959 and our fatherhood was the enthusiasm of a few residents in Amadora at that time.

Our goal has always been music and, through it, to participate in local life and we currently have a weight in the social and cultural context of our county, actively participating in Amadora's life through music, practicing it and teaching her to whom more for the music feel motivated anyway.

In 1986, we were awarded the Amadora City Council with the Municipal Merit Medal (Silver) and in 1997, with the unanimity of all the political forces represented in our Municipality, the Silver Band was awarded to the Philharmonic Band and dedication.

Since 2013 we are considered a Public Utility Institution.

In 2014 we competed for our first contest and from that moment we never stopped. First we went to the 5th Vila Franca International Band Competition where we were in 4th place in the 3rd Category. Not satisfied, we went to its 6th edition in 2016 and this time we reached the best score of the 2nd Category, with the 2nd Prize without the 1st Prize. Due to the notoriety of our band that same year we were then invited to attend a band meeting with a concert at the Casa da Música in Porto.

Already in late 2017, with our persistence we competed for the International Band Competition Filarmonia D'Ouro in Santa Maria da Feira, and finally managed to achieve a much desired 1st Prize!

60 members of the PPL community
support this campaign