Nino is a stray cat that was attacked by dogs and taken in by the PUCA association. He had several injuries and was operated on with urgency. His recovery is slow as he has FIP....

Nino is a stray cat that was attacked by dogs and taken in by the PUCA association. He had several injuries and was operated on with urgency. His recovery is slow as he has FIP. We ask for help paying for your treatments!

“Nino” is a stray cat, which was attacked by two dogs and was taken in by A Puca. He had multiple internal injuries (loose diaphragm, multiple torn muscles, and pulmonary hemorrhage). He was operated on urgently and his recovery was very slow because he is a carrier of FIP (Feline Infectious Peritonitis) which forced him to stay in a veterinary clinic for several months (from 10/09/2020 to 28/10/2021).

He is doing well at the moment. He has already been castrated and the bill at the veterinary clinic (Vet&Etc) was high. It appeals to the generosity of people, who can collaborate with a small donation, in order to help pay the expense incurred by this animal. Thanks.

ATTENTION: We ask for €2280 because, as shown in the attached invoice, the expenses are €2067.76, plus the fees for the crowdfunding platform. 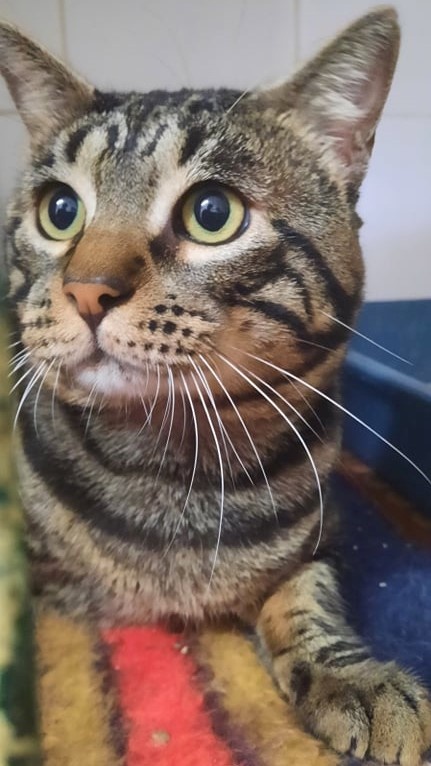 APUCA = Associação por Uma Causa Animal is a non-profit association that does not receive any kind of government support, nor does it have sponsorship. PUCA currently has 38 dogs and 35 cats with it, animals that were abandoned, lost, or collected from the street and that are mostly seniors, with chronic pathologies, blind, tripods and with behavioral and neurological problems. These animals are rarely adopted due to their pathologies that entail many expenses.

All funds raised will revert, when reached, to pay for the Nino kitten's treatment expenses.
We want to make this payment by the end of 2021.

14 members of the PPL community
support this campaign