A dream in a solo

Raise funds for the development of a dance performance, as a result of the collaboration between Kevin Turner - Co- Artistic Director of Company Chameleon based in Manchester, U...

Raise funds for the development of a dance performance, as a result of the collaboration between Kevin Turner - Co- Artistic Director of Company Chameleon based in Manchester, UK - and Ana de Albuquerque - Performer based in Sintra, Portugal

One of my dreams (yes, I am a big dreamer), is to be able to perform around Portugal (my birth country) and the world with a performance that represents who I am as a performer. I am passionate about shows that involve high phisicality and floorwork and I believe that Kevin Turner is the right person to create a choreographic piece with these characteristics. Like I said before - ' I am a big dreamer'- that's why I asked Kevin Turner - a highly acclaimed choreographer, excellent creative and performer -to choreograph a solo on me. He accepted and that's why I am here!

I have taken the 1st step to make my wish a reality -> One of my greater idols (not only professionaly but as a person) accepted to work with me.

I like to believe that people are full of love and that together we can make each other's dreams come true.

This is where YOU have the most IMPORTANT ROLE.

You have the power to make this project/dream a reality! With your donation or even promotion of this campaign, I will be able to achieve the ammount needed to cover the minimum costs the creation of my solo require.

Trust me, any kind of donation will be welcomed and will help me achieve the following:

3rd Step: Artistic creation of a contemporary dance solo (between 20-30min) for stage - the theme will be decided once we gather. Here, the possibilities to give colour to the space multiply in an encounter that promisses challenges for both artists. Sharing a common passion for physical movement and for performance, it will be Ana's role to represent the result of this collaboration and share it with the  'most curious'.

4th Step: gathering and confirming spaces/festivals to perform and tour the show (I have already started a dialogue with some theatres) 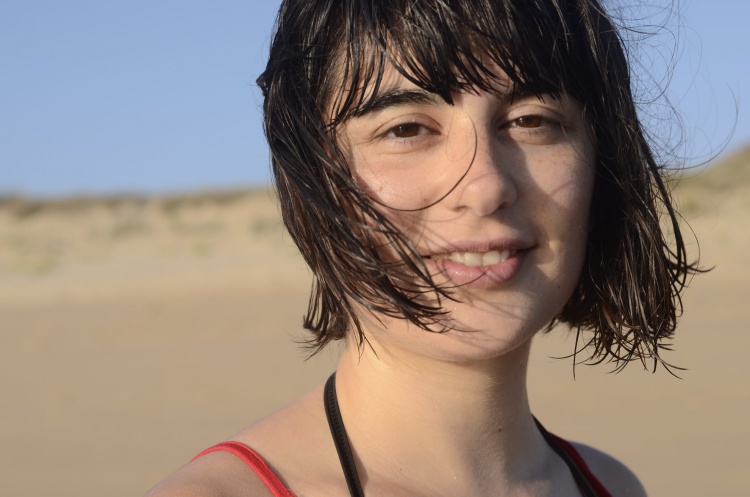 Ana de Albuquerque (Performer and Promoter of this project)

Ana graduated with a 1st BA(Hons) Dance and Performance degree at Falmouth University, in July 2017.

During her studies she had the chance to work with choreographers such as Theo Clinkard, Kevin Turner and Luca Silvestrini. After graduating she started working with Thomas Noone Dance, in Barcelona.

In 2018, Ana started living in London, working in several different projects including 'Passage for Par' by Rosemary Lee and Boomtown Festival with Lavrak Circus.

In January 2019, she took part in 'The Circle' a film choreographed by Lanre Malaolu - it's world premiere was at 'Sheffield Doc/Fest' in the UK. 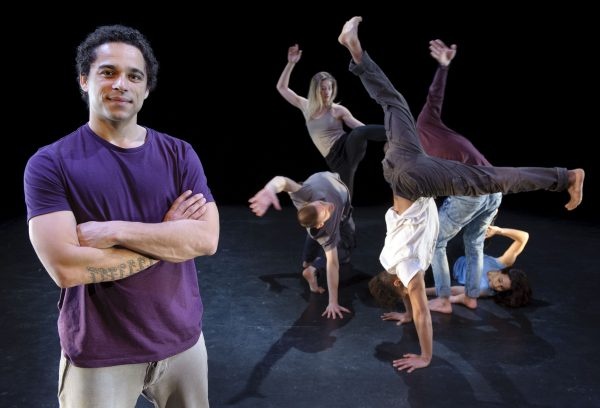 Kevin started dancing at the age of eight with Trafford Youth Dance Theatre. Here, his love for dance was born.

Kevin graduated with a first class honours' degree at the Northern school of Contemporary Dance. As an undergraduate Kevin performed and choreographed with the National Youth Dance Company.

His stage production Witness, which drew from his own personal journey of living with bi-polar disorder, was received with critical acclaim being praised for its honesty and courage and for creating a totally original view of mental health through dance and movement.

As an award-winning dance artist, Kevin has been awarded the dance web scholarship in 2007 under the framework of Impulstanz and in 2016 won a residency at Impulstanz after winning the dance improvisation battle Rhythm is a Dancer.

The solo creation will happen for 2 weeks in December 2019. Eventually we will work for a week in January 2020 in case we are able to gather extra funding from sponsorships.

The funds raised for this collaboration period will be used to cover:

My travel between Lisbon and Manchester - 150€

Studio - free of charge as support in kind from Company Chameleon

End of campaign but NOT of my Dream

Hello Beautiful Crowdfunders (PT VERSION DOWN), this is the last day of my 'A Dream in a Solo' campaign! I wanted to thank you all for believing in me and supporting my fut...

I would like to thank you all for your support. It really means the world to me. You've been keeping my head up and above all, you've given me hope. Thank you for believing in m...

Hello everyone! I wanted to thank you from the bottom of my heart, for donating for my dream. We're a step closer to achieving my goal and you can't imagine how happy you've mad...

End of campaign but NOT of my Dream

Hello Beautiful Crowdfunders (PT VERSION DOWN),
this is the last day of my 'A Dream in a Solo' campaign!

I wanted to thank you all for believing in me and supporting my future. As you may know we have not reached our goal, so you'll receive your contributions back, but that doesn't mean I will stop chasing my dream here. I will be in touch with you all very soon to explain my following steps, so that if you want you can still support it and continue joining me on my journey! For those of you who want to be in touch, my facebook and instagram are @Ana.de.albuquerque and my email is cia.ana.de.albuquerque@gmail.com
Expect news from one of those platforms and especially your email!!

Love to you all, my shinning stars <3
Ana de Albuquerque (your Dreamer)

I would like to thank you all for your support. It really means the world to me. You've been keeping my head up and above all, you've given me hope. Thank you for believing in my dream and in this project. 22 days to go and head strong, together we can do anything. Plenty of opportunities to make this happen <3 Thank you, and if you can, keep sharing

Hello everyone! I wanted to thank you from the bottom of my heart, for donating for my dream. We're a step closer to achieving my goal and you can't imagine how happy you've made me. If you can, keep sharing the campaign so we can achieve this together. For a more creative world <3 Lots of LOVE, Ana

36 members of the PPL community
support this campaign