This event started with just two people who share the same dream. Two powerful women, who show courage, enthusiasm and big hearts, who decided to share with the world their expe...

This event started with just two people who share the same dream. Two powerful women, who show courage, enthusiasm and big hearts, who decided to share with the world their experience and show that the impossible is possible.

It all started in May 2014, at the IV Meeting of Entrelaços Association, at the Institute S. Joao de Deus in Funchal, where both founders of this new project participated as speakers (among names like Manuel Curado - philosopher and professor at the University of Minho, Luisa Aguiar - founder of HereWeGo ©, Fatima Aveiro - President of the Food Bank Against Hunger - Madeira, Paul Pimental - psychological in Vila Real Hospital, Luís Filipe Fernandes - psychiatrist, Júlio Pereira - psychologist), for about 200 people. Feedback of both lectures was very positive, which included a standing ovation and many thanks and words of encouragement.

After the success of this event reached Madeira and by request of several people via facebook, to organize something on the continent of Portugal, we then decided to held the 1st lecture in Algarve (Olhão, Portimão and Faro) between days 24,25 and 26th October 2014 where we had the support and impressive example of strength of Pedro Pinto - boyfriend of Carolina Tendon, that after her death, he materialized one of Carolina's dreams - to publish a book of hers - and now Pedro tours the country taking Carolina's words with him. If it is true that behind a great man there is a great woman, this woman is Carolina Tendon whose wisdom will be forever immortalized in the amazing book, From Me To Me (De Mim Para Mim). Both Pedro and Carolina are now an inspiration and an example of life and love.

On December 3rd, Overcoming The Impossible returned to Algarve where we spoke with high scholl students in special needs education, at the school Carolina Tendon attended as a kid. There are no words to describe the enthusiasm of the children, parents and teachers. Shortly after, we received new invitations to other schools, and those experiences have always been very positive and motivational for us.

We intend to make this project go even further, across country and across the world, bringing with us a message. A special message ... A message of how to overcome the obstacles, how to achieve inner peace, how to achieve happiness after reaching that point in life, where we think it might be impossible.

We believe that this event will have great impact both locally and at a nacional and an international level.

Mónica Ribeiro, 23, lost his parents at 13 years of age, on one of the largest natural disasters in history, a tsunami that hit Southeast Asia in December 2004. Monica tells everything she saw and felt on the day of the tsunami, which nearly took her life, after the tragedy, and just how she did overcome the impossible. 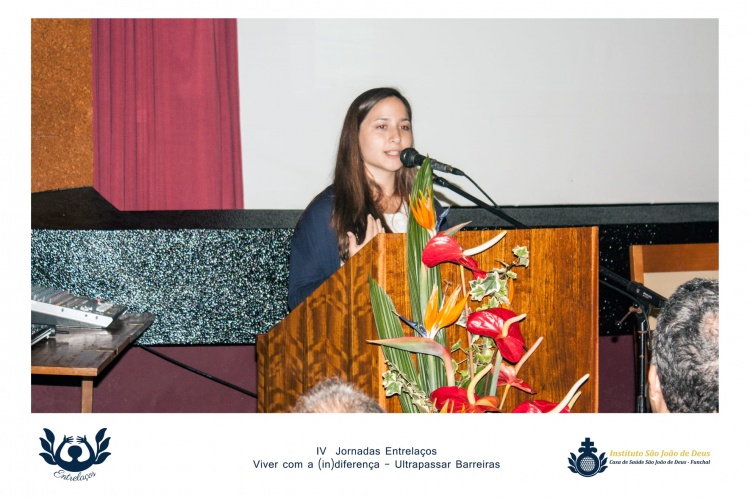 You can find out a little more of her story at:

Elsa Freitas, 26, was born from a congenital disease called spina bifida, which put her in a wheelchair at 12 and, from 13 years of age to the present, she resorts to an hemodialysis program for renal failure, from which she depends to live. However, nothing prevented her from achieving one of her biggest dreams. She is a dancer and a co-founder of an inclusive dance group "The Dancing with a Difference Group "

Pedro Pinto lost his girlfriend in a sudden way and when everything seemed to have lost it's meaning, he reached out to the words of Carolina Tendon, that she had left behind in writing and decided to make one of Carolina's dreams come true: to publish a book. The book was already written, Peter only had to publish it. It wasn't an easy task however. Carolina, during her 22 years of age, wrote many texts, but it was a task that brought Pedro peace. Today, because of Carolina's words, Pedro travels the country spreading the wisdom of her book intitled "From Me To Me" (De Mim Para Mim) which has been very successful, thanks to Carolina's writing which is full of life, wisdom and excellence. Carolina has died at the age of 22, but her words, due to the determination of Pedro Pinto, will be forever immortalized in a book and in the hearts of those who read it.

For now, the required amount will be for the next event, on the 16th and 18th of March of this year, to cover our food expenses, accommodation and transport. The aim of this project reach all districts of Portugal at national level and, progressively, at an international level.