The project's final goal is to build a platform for the railway station for the city of Jenin (Palestine) that is waiting for its rail to come and also to create a virtual railw...

The project's final goal is to build a platform for the railway station for the city of Jenin (Palestine) that is waiting for its rail to come and also to create a virtual railw...

The project's final goal is to build a platform for the railway station for the city of Jenin (Palestine) that is waiting for its rail to come and also to create a virtual railway company with the local population that represents their hopes and dreams of fulfilling the right of mobility that is granted to everybody in most parts of the world.

In the state of Palestine, mobility is highly limited by walls and checkpoints which make seeing their families or friends living in the other districts almost impossible. The taxi-bus is the only means of transportation between cities forcing most people to stay where they are.

One of the artists, Yuga Hatta, has discovered a demolished railway station in one of the refugee camps of Jenin during his visit last year. He seized that opportunity to work with the local young artists and realized the website holds a great symbolical value because of the local population’s limited basic rights in general and limited mobility in particular. 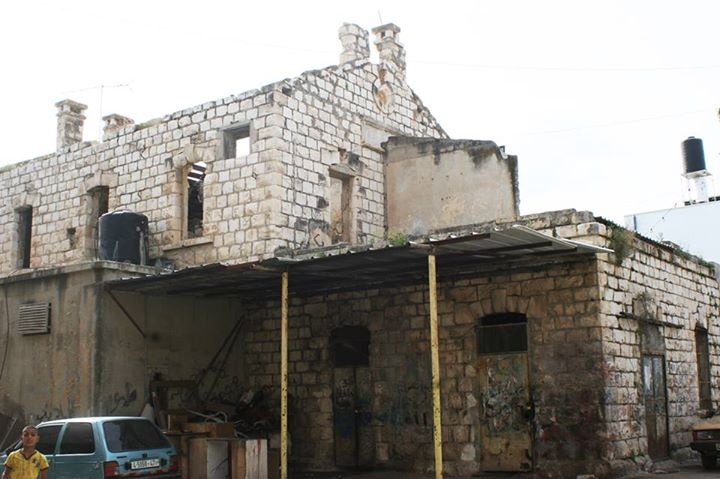 current state of the Jenin Station

This year for two weeks, starting in the end of the November, the three of us will go there to implement the first step of the project. This was only possible thanks to the invitation made by a local producer and a school in Jenin. We will be making field research for further development of the project while giving art workshops to that school’s students and collaborating intensely with locals.

Yuga Hatta’s workshop will explore the function of the creative activity in daily social situations focused on the theme of the project. The participating students will create virtual railway company and a Jenin based travel agency, making time tables for trains, planing for the railway line, making posters for the company, etc.

Manuel Santos will give a workshop called “Drawing in the space” using metal wire and cardboard. By using simple tools and techniques the goal is to empower children allowing them to express their inner world, reality and dreams. By using basic skills, the goal is to make them realize waste and the most readily available materials can be transformed into toys, sculptures and most of all into a feeling of accomplishment only possible through the creative process – here used as the ultimate self-esteem rehabilitation tool.

Yuga Hatta is a Japanese artist lives and works in Porto, Portugal. He works with various media that includes painting, sculpture, performance, and video. His works explore people's relation to social and political environment they are living in. Recent exhibitions include "Os nossos dais", MUTE (Lisbon, organized by Miguelangelo Veiga and Manuel Santos), "Europe for all, by all", Hundred Years Gallery (London, UK). http://www.yugahatta.com/

Manuel Furtado dos Santos is a Portuguese artist living and working in Lisbon, Portugal. He is a sculptor, installation artist, teacher and photographer. His work uses waste and found objects integrated with conventional materials such as wood, metal and lights. His main goal is to unsettle the contemporary tendencies and create awareness through the acculturation of the status quo. Recent exhibitions include “NO ©”, Edge Arts Gallery (Lisbon); “Never mind the space between us”(collective show, exhibited in Beijing and Lisbon) ; “Elementa”, Sopro Gallery (Lisbon). https://furtadosantos.wordpress.com/

Thanks you Paulina, Sara, and

Thanks you Paulina, Sara, and Ran for the contribution! now we are in last minute preparation before take off!

Thanks you Paulina, Sara, and

Thanks you Paulina, Sara, and Ran for the contribution! now we are in last minute preparation before take off!