The project called "São Tomé...Quando For Grande" pretends to develop an initiative focused on non-formal education to help santomeans children of both genders within age range ...

The project called "São Tomé...Quando For Grande" pretends to develop an initiative focused on non-formal education to help santomeans children of both genders within age range of 10 to 15 years old, to carry on study and to be more motivated regarding their future through the creation of a " professions workshop", which are dynamic and interdisciplinary sessions focused on a variety of professional areas.

The main aim of this project is to reduce the dropout of santomeans children, working their motivations and opening new perspectives for their future.

The "São Tomé...Quando For Grande" project aims to tackle the issue mentioned above given the fact that early school dropouts continues to persist in many countries, especially in the least developed ones, resulting in serious consequences for society. It is not only an economic, but also social and human issue that contributes to situations such as social inequality, lack of job security, low productivity and low competitiveness, which are reflected in society and also on the country’s development.

In São Tomé and Príncipe, primary education is compulsory and lasts for six years, consisting of two cycles: the first one has four years and the second one lasts for about two years, which is equivalent to the 6th school grade. Over the first four years of primary education, the indicators turn out to be satisfactory, although from the 5th grade these indicators degrade significantly.

The aims of this project are:

• Increase their motivation and interest in school;

• Open new perspectives regarding their future.

With this project we intend to motivate about 40 children and give them new  future perspectives, allowing them to realize the important role they have to reach their own objectives and to let them understand they can actually have the job they want, if they follow a certain route.

This project of social entrepreneurship has been created by two changemakers, Jovana Jaranovic and Sandra Teixeira within the scope of Spirit '2015 training promoted by WACT - We Are Changing Together, a non-governmental organization. 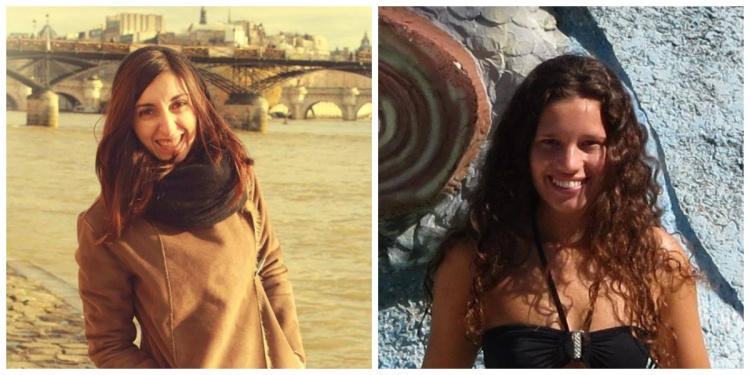 Both changemakers have identified a major and neglected issue in Sao Tome - the School Dropout – and decided to use their skills and the desire to be part of the change, to face this issue.

They are energetic, motivated and determined girls, licensed in International Relations and Sociology, respectively, who are committed to mix their knowledge, expertise, interests, passions and specially their love about working with children.

Help us to help and be part of the change!

The flights to Sao Tome;
Public transportation for children (40) to the city and to study visits;
School material;
Print Flyers and cards for the disclosure of the project.