Let us help Nepal DREAM+. Help them too.

Our mission is focused in the development of the actual infrastructure of the Gambeshiko Chepang orphanage (Nepal), with the construction of more rooms, making possible the red...

Our mission is focused in the development of the actual infrastructure of the Gambeshiko Chepang orphanage (Nepal), with the construction of more rooms, making possible the redistribution of children which will clearly improve their living conditions.

SONHAR+ is a social project that arises after a trip to Nepal, made on the summer of 2016 by two of the crew members, Ana Paula and Maria João.

After seeing the precarious conditions in which 140 children and young people of Gambeshiko Chepang Orfanage live, they realized they couldn’t simply close their eyes, something had to be done! And thus was born SONHAR+ which mission is to assure that the daily lives of these children and young people is more focused on education and less on survival. The construction of spaces that can allow the distribution of the young people by less crowded rooms (currently around 25 to 28 per room) is one of the main needs expressed by the orphanage, to which we intend to give an answer. 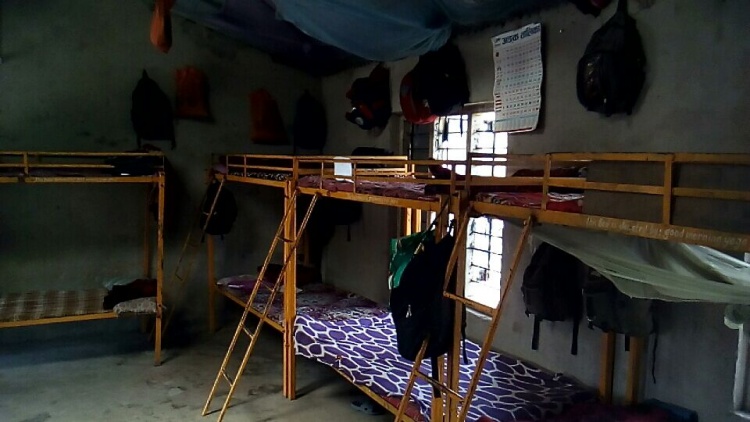 The needs don’t regard exclusively the rooms as there is a clear need to expand infrastructures in general. This mission will simultaneously promote, as much as possible, the interaction and development of children and young people with whom we will contact during our stay at the orphanage. And for that to happen naturally, we will take with us games, school supplies, joy, and our biggest smiles. We will also share with the community the values which united this particular group of people around this project, those being altruism, social responsibility, passion, courage and teamwork.

It is our belief that project SONHAR+ will allow these children and young people along with the volunteers, to have the freedom to dream with a different future, where the access to education and human rights are not an utopia but a reality. When the basic needs for survival are guaranteed, we can SONHAR+ and we can believe in education as the basis of modern society. And we would like to finish the project knowing that the orphans and caregivers of this orphanage are conscious that they are the reason for this whole project and that they can be the inspiration and the engine of great things. This is our mission! Give a little more of ourselves so that others can Sonhar+! 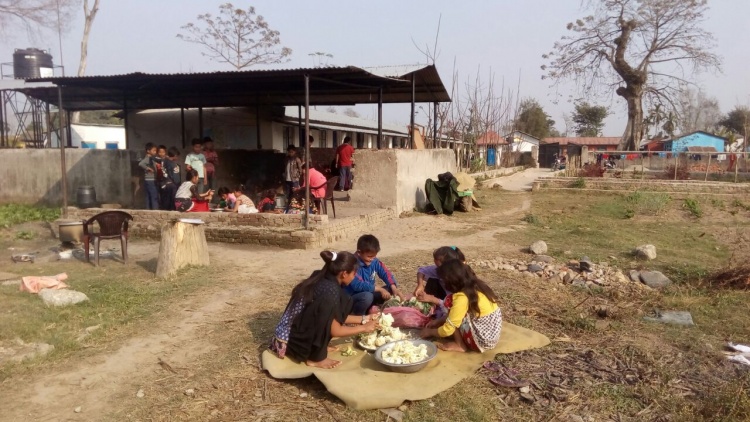 As crianças a prepararem as suas refeições!

The staff of the project SONHAR+ is composed of elements with different backgrounds and something that is common to all: the desire to help change the world.

Ana Ferreira, professor on ISCSP, who went to Nepal in 2016 and immediately knew she had to go there again; the resilience, the sharing, the hugs, the smiles and hopes in the eyes of the ones who say goodbye asking for a comeback! She believed that something else could be done, that one could Sonhar+ and make Sonhar+(1).

Maria Dionísio, professor at Damião de Goes Secondary School is a volunteer at CrescerSer. When she was at Nepal, she realized the true meaning of the word “resilience”, making it impossible to remain indifferent and not to think of a way to help that people to Sonhar+.

Carolina Menezes, finishing her degree in Human Resources Management (HRM), was always a “dreamer” and that is why Sonhar+ fits her personality and the search for balance between DREAMING and MAKING IT HAPPEN! Her honest wish in this trip is to plant new dreams and help to accomplish many others.

Louise Correia, associated with volunteer projects, believes that each one of us can contribute to a better world. She’s proactive and resilient. She is finishing her degree, works full-time, has represented ISCSP’s students association and is president of the Students’ Nucleus in HRM at ISCSP.

A equipa do Projeto Sonhar+

Ricardo Rua soon realized his connection to social action and volunteering and started working on social housing with intervention in weak communities. Projects were continually taking place always with the same preposition, “HELPING THE OTHER”. Finishing his degree in HRM and being an objective person, he believes that a project of this magnitude will enable him to have a vision of life unlike anything he has ever experienced.

João Galego is a theoretical physicist of particles (IST), software engineer and is attending a Post-graduation in Forensic Studies at ISCSP. Great believer on the precept “it is not enough to do good, but to do it well”, he soon realized that the world is much bigger than he thought. When asked if he believed, like Leibniz, that we lived in the best world possible, he answered: “Yes, but that doesn’t mean that it can’t be even better”.

Carlos Gomes, graduated in HRM (ISCTE) and working on Luís Simões’ company, he is also a volunteer coordinator in the development of projects and activities. For Sonhar+ he hopes to follow the famous Lao-Tzu premise by serving altruistically those who can help to develop and improve the conditions of a community.

Pedro Lupi, closely related to the health area, saw in Sonhar+ the opportunity to realize a dream that he had for a long time. His dream is to give a little more of himself and to have a positive impact on the lives of others.

Luís Murtinha Ferreira is a professional photographer and photography professor. He got involved in the project with all his professionalism to carry out the photo exposition editing.

The 5.000€ to raise through this crowdfunding campaign are entirely intended to build a room which will allow the redistribution of the children.

The promoters are simultaneously conducting other fund-raising initiatives in order to get the full amount for the project.

We commit to publish all the expenses made as well as the daily photographic report which will allow all those who support us to follow us on the evolution of this project. 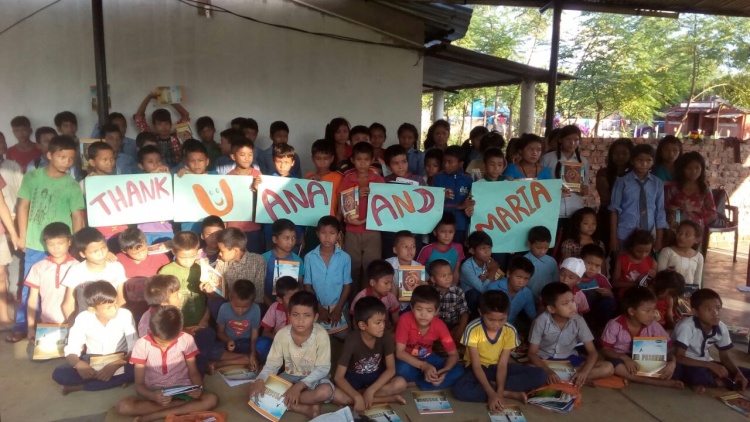 37 members of the PPL community
support this campaign