We intend to exchange with a Peniche School. Due to the special needs of the students we want through a play to show that "Difficulties" can become skills integrating them into ...

We intend to exchange with a Peniche School. Due to the special needs of the students we want through a play to show that "Difficulties" can become skills integrating them into the Active Life.

1 - The teachers of the Specialized Unit (UE) of the BS School of Santa Cruz in Madeira have as one of the main objectives, to promote cohesion between students with special needs and the rest of the school community, creating mechanisms / activities to blur the differences between students. In this sense the EBSSC UE  teachers, together with the teachers of the Dance Group of this school and the Teachers of Music Education, decided to carry out a Global Activity that consists of the realization of a Theater Group and a Part based on the " Musicians of Bremen ".

Since many students of the Group never took a plane trip, knowing no other reality than Madeira Island due to financial difficulties, the teachers got in touch with the colleagues of the School 2 + 3 of the Baleia Atouguia in Peniche and found that there is a willingness to carry out a joint initiative between the two schools as they both have similar projects. This initiative is already scheduled to be held between April 25 and 29, 2018.

Taking advantage of the trip and travel to Peniche, we would like to take advantage of a visit of the students to the Lisbon Zoo and the Oceanarium. 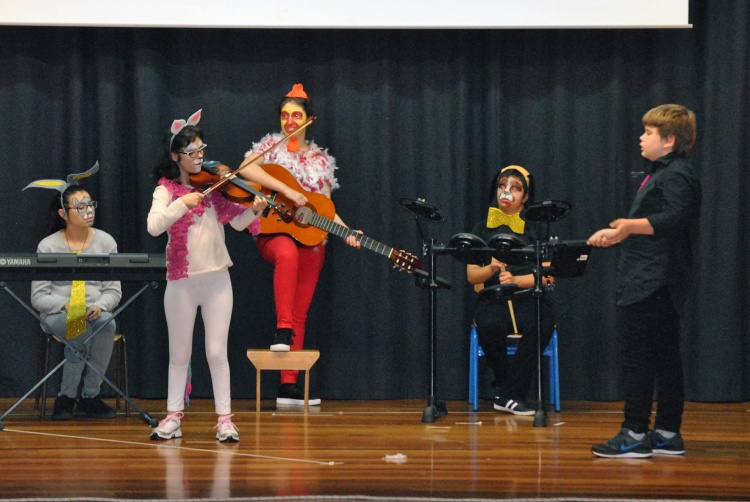 2- In December 2017 we performed a quest at the School, made cakes, made calendars for sale, in order to raise some funds for the purchase suits and diverse material indispensable to our Theater Group.

We have also performed theatrical shows with the aim of obtaining donations.

Between January 12 and 15, 2018, we received on the Island of Madeira the 36 students of the Tuna of Arrufeiros of the 2 + 3 School of Atouguia da Baleia in Peniche, who were accompanied by five teachers and an auxiliary of educational action. This visit coincided with the Festivities of Santo Amaro and the group of Peniche performed various activities for the public in general and especially for our students and other elements of EBSSC. We will give you a tour of Madeira Island, as well as a visit to the Cristiano Ronaldo Museum.

3- We decided to launch this campaign to the PPL with the objective of obtaining the fundamental support to assure definitively the financing that ensures the displacement of Our Group to Peniche. The sums already collected only guarantee the purchase of the materials and clothes referred to in point 2).

4 - We believe that the support of the "people" (supporters) for this campaign is fundamental, given that our project aims at a School that increasingly promotes fraternity, democracy, humanization, youth progress and inclusion. 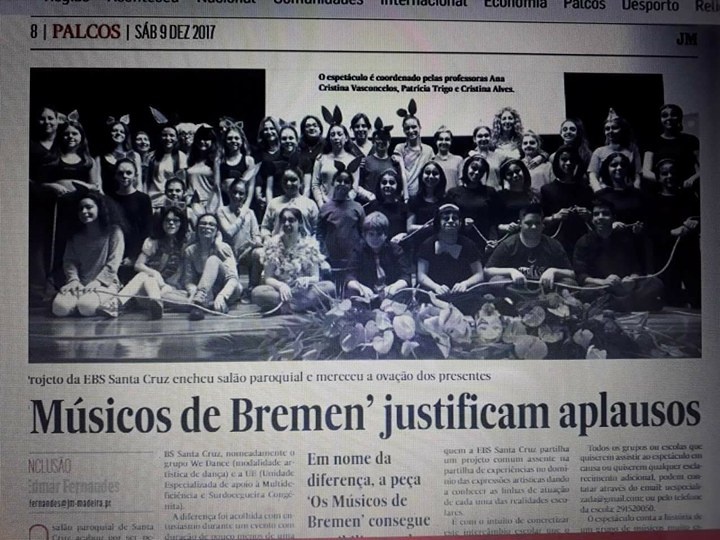 We are three teachers who work and teach in the Basic and Secondary School of Santa Cruz, in the Island of Madeira. Below is a summary of our CV and professional experience.

The factors that motivated us to present this application are that we see expressions as an indispensable element for students' personal, social and cultural development. For the expressions articulate imagination, reason and emotion permeating people's lives, giving them new perspectives, forms and density to the environment and society where people are inserted.

The artistic modality of Dance of our School coordinated by Teacher  Ana Cristina Vasconcelos, together with the EU - Specialized Unit directed by Teacher  Cristina Alves and Teacher  Patrícia Trigo,  promoted in the academic year 2016/2017 a piece of Theater based on the Musicians of Bremen , to sensitize parents and the entire school community about the importance of artistic and musical activities in the inclusion of students with special needs. This play was widely praised by the entire School Community and students' families.

This success at the local level was the pillar of our motivation to continue our actions on Madeira Island and to exchange with the EB 2 + 3 School of Atouguia da Baleia in Peniche. 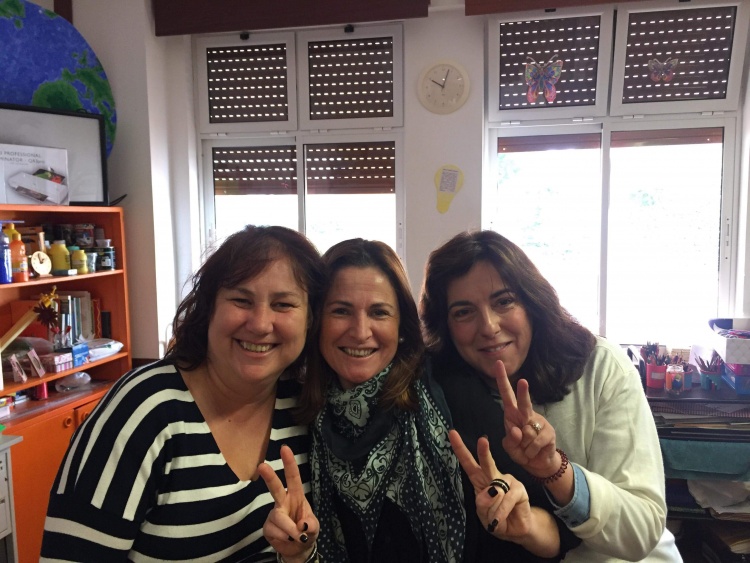 • He studied at the University of Madeira (UMa)

• He studied in the basic and secondary school of santa cruz

• Worked as a Specialized Teacher at Eb1 / Pré da Nogueira

• Post Graduation at the School of Education of Lisbon

• He studied in the basic and secondary school of santa cruz

DESCRIPTION OF EXPENDITURE AND VALUE IN € UROS