Aqua: Water4Health project believes that access to safe water is the key to significant disease reduction!

Aqua: Water4Health project believes that access to safe water is the key to significant disease reduction!

The resources made available in this campaign will be directly applied to the second mission of the Aqua project: Water4Health, to be held in February 2018, with the objective of assisting Macia Municipality, Gaza Province, Mozambique:

The Aqua: Water4Health project is the result of a consortium between Águas do Porto, DTE, Engenho and Rio and the Abel Salazar Institute of Biomedical Sciences - University of Porto, in which a pilot project was carried out in May 2017 in Vila da Macia , Gaza Province, Mozambique.

According to the project's diagnostic report, it was found that the water available in this region is sufficient in quantity but its quality is unfit for consumption, due to the high levels of fecal contamination diagnosed, the presence of vibrios (potential agent of the cholera) and extreme acidity, both in the Vila Health Center and in the small municipal supply network.

In Mozambique, diarrheal diseases are the fourth leading cause of death in children, with 37,100 deaths each year due to poor water, sanitation and hygiene. (WHO, 2008)

In this context, the developed consortium is working in partnership with the municipality of Macia to ensure that the population of 52,000 can achieve significant reductions in waterborne diseases such as diarrhea and cholera.

Over the next few years, the project plans to strengthen municipal water management, empowerment of local professionals and community awareness.

Learn more at: www.mundoasorrir.org and help us change this reality. Be part of the Aqua: Water4Health! 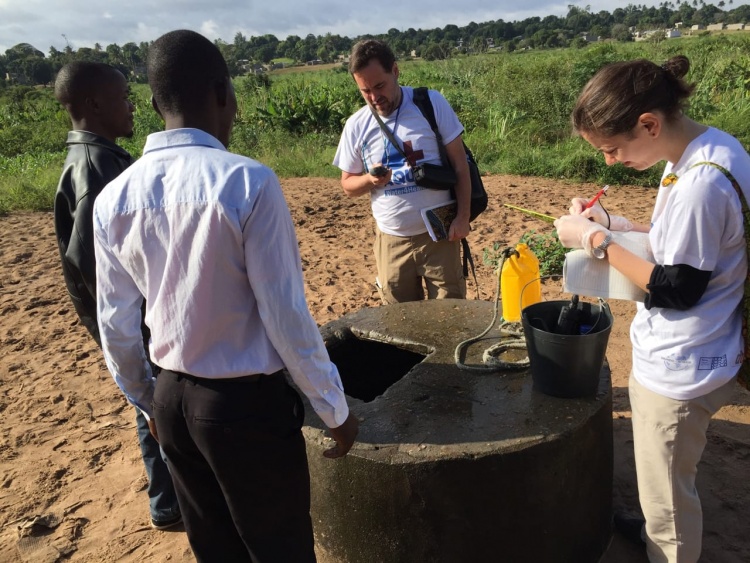 Mundo A Sorrir, a non-governmental organization for development, founded in 2005 in Oporto, promotes health, oral health and healthy lifestyles in Portugal and in the Portuguese Speaking African Countries (PALOP). Its main objective is to provide the well-being of the most disadvantaged, excluded and marginalized communities, as well as children, young people and the elderly. Therefore, actions are focused on prevention, education, promotion of behavior changes, making oral health a fundamental tool to help combat social exclusion and the positive transformation of the cycle of poverty.