For the love of my tricolor cat!

My cat Mimi fell from a window on the 6th floor to the roof of the shops next to the building, resulting in fractures in the hind leg and hind leg. This is a period of great suf...

My cat Mimi fell from a window on the 6th floor to the roof of the shops next to the building, resulting in fractures in the hind leg and hind leg. This is a period of great suffering for me but more for her, who has been admitted to the Veterinary Hospital of Coimbra since 5 October, having already undergone a complex surgery so she can walk again. It will be a long process in which we will not give up, but for that we need your support, half of the treatments planned for the recovery of Mim...

From a litter of Persian cats, little Mimi was left, an original tricolor and very independent cat but who did not find a decent family and grew up, pushed to each other's house.

One day, Mimi was a grown-up kitten despite being young, her fate crossed with mine. The crossroads of our lives had decided that she would go to my house or end up being a street cat, because her breeder would not stay with her. This could not be your destiny!

It was an adaptation process for both me and her, very independent, I gave in to my caresses and so we became the best friends.

After a few months she is used to her new home and family but a distraction has put a comma in our happiness. A distraction and Mimi fell from the window of our apartment on the 6th floor.

As if the fall were not enough, she was trapped on the roof of the stores, inaccessible for a few hours, having turned to the fire department to rescue her.

He was admitted to the Veterinary Hospital of Coimbra at 1 pm on 5 October, they tried to do an x-ray but, given Mimi's agonizing state, it was not possible, however, his leg and hip fractures were soon confirmed.

We were again at a crossroads, where the possible ways were to devalue her strength to live and accept the euthanasia of my best friend or to get into debt by adding what little I have and pleading for what I don't have to help her.

I didn't think twice, life cannot be a luxury for those born in a golden cradle.

For some it may be just a cat but for me it is family, it is my only company now in the pandemic, the one that with a disastrous pirouette makes me smile at the end of another day of endless complaints.

I promptly gave the authorization for the veterinary procedures and paid half the amount of the surgery and hospitalization, 600 € of the 1200 € initially planned to cover exams, hospitalization and operations.

My girl has been hospitalized since then under constant monitoring for 48 hours to see what the evolution in her clinical condition was, having been operated on the 6th of October. After about 6 weeks, he will be again submitted to surgery to remove the materials.

It will be a long road to recovery but we will fight and never give up.

And, at the end of it all and with your help, everything can only be fine! 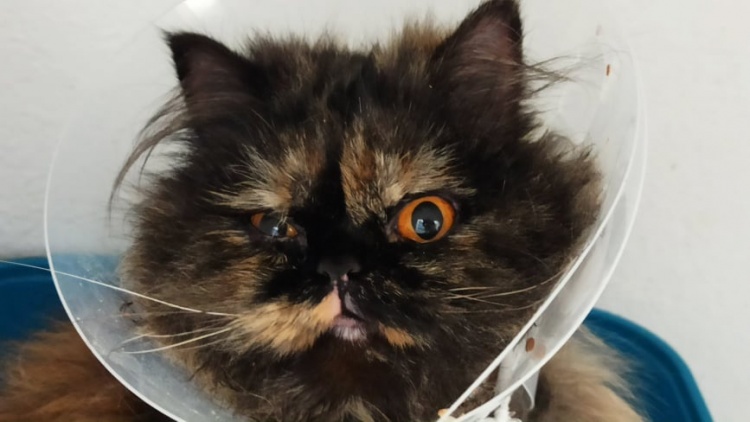 I'm Telmo, a math student and I work in a call center. Right now I am telecommuting, alone in the crowd of complaints, living in Coimbra with Mimi since last year.

I think that life's equations are solved by joining our motivations and emotions.

The money in your pocket should never dictate the rules of our happiness, so giving up is no solution.

Finally, I hope it is not necessary but if you need anything do not hesitate to contact me, I will also be ready to help you! 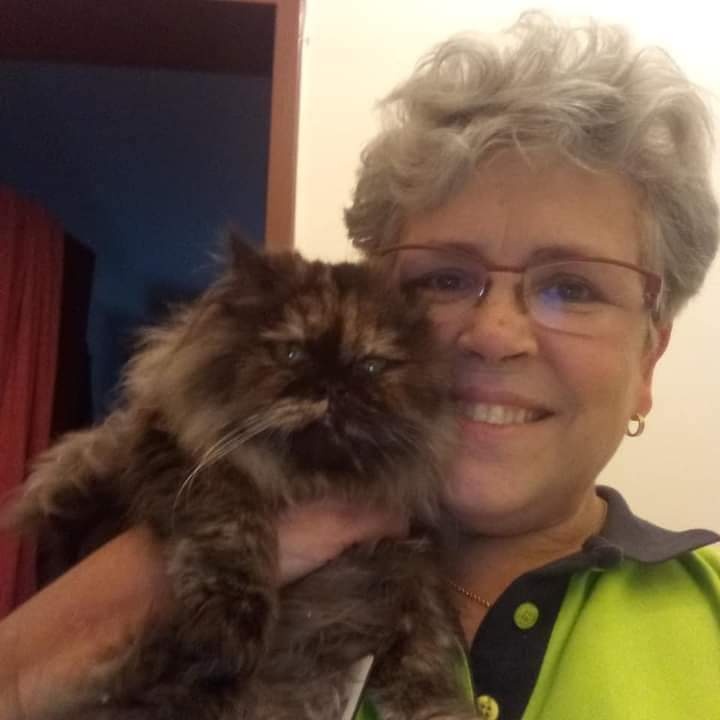 Hospitalization on October 5 - health assessment and tests to proceed to surgery;

1st Operation on 6th October - placement of a prosthesis on the hip and stabilizers on the hind leg;

2nd Operation in mid-November - removal of the hind paw stabilizers.